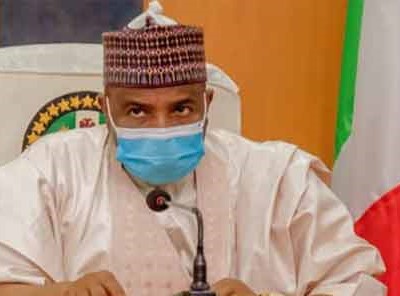 Gov. Aminu Waziri Tambuwal of Sokoto state has accepted the resignation of thirteen key portfolio holders in his administration.

A press statement by the Governor’s office on Wednesday states that top of the list is Hon. Manir Muhammad Dan Iya, the Deputy Governor, who resigned as the Overseer of the Ministry of Local Government and Chieftaincy Affairs.

“More of the resignees include the Secretary to the State Government (SSG), Mallam Sa’idu Umar and the Chief of Staff, Mukhtar Umar Magori.”

The public and political office holders resigned in order to participate in contests for various offices in 2023 elections.

The Deputy Governor, Manir Dan Iya, made his declaration to replace Governor Tambuwal today at the PDP’s state office on Wednesday.