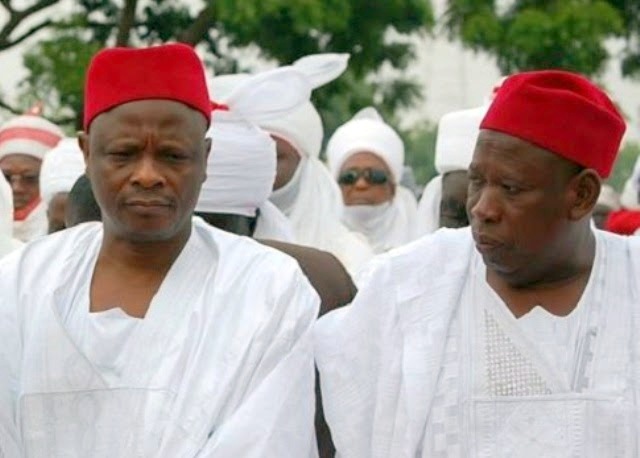 Kano State state Governor Abdullahi Umar Ganduje on Friday surprised residents of the state by dropping a hint of a possible reconciliation with former Governors, Sen. Rabiu Musa Kwankwaso, Sen. Ibrahim Shekarau and others in the state.

Governor Ganduje made the revelation in a New Year message by his Commissioner of Information, Muhammad Garba describing the New Year 2022 as one which should usher in an era of peace and reconciliation among political parties’ stakeholders in the state and the country in general.

Daily Star Nigeria recalls that the Governor had visited the former Governor, Kwankwaso, over the demise of his younger brother, Comrade Inuwa Kwankwaso and as if that wasn’t enough his Commissioners and 44 local government chairmen in the state followed suit.

Governor Ganduje was quoted by his information Commissioner, Muhammad Garba, in the statement saying that from all indications, recent event in Kano is likely to bring a new dawn in the political history of the state.

He said the event, which saw Kano political gladiators emphasizing the need for reconciliation, elicited excitement from the people of Kano state who have been yearning for the much-needed peace and reconciliation in order to advance the cause for proper development in the political terrain and the society at large.

He further said the next few months should also be for internal democracy to flourish where political parties are expected to produce more credible representatives at various levels who have the capacity and ability to win elections and subsequently build on laudable programs and policies initiated by the past leaders.

The statement noted concern over the spate of insecurity across the country in addition to the ravaging poverty as a result of the economic hardship in the country.

He, however, expressed the hope that despite the challenges, the administration of President Muhammadu Buhari has been making frantic efforts to see the proper implementation of its policies and programmes targeted at lessening the suffering of the people.

The governor also assured that his administration, the 2022 budget of which prioritizes the completion of projects, is determined to make things better for the people through its rural transformation as well as economic empowerment programmes.

Governor Ganduje, while rejoicing with the people on the New Year, also called for unity and prayers for Nigeria and particularly for religious leaders to preach the message of peace, tolerance and harmonious relationship amidst the challenges.