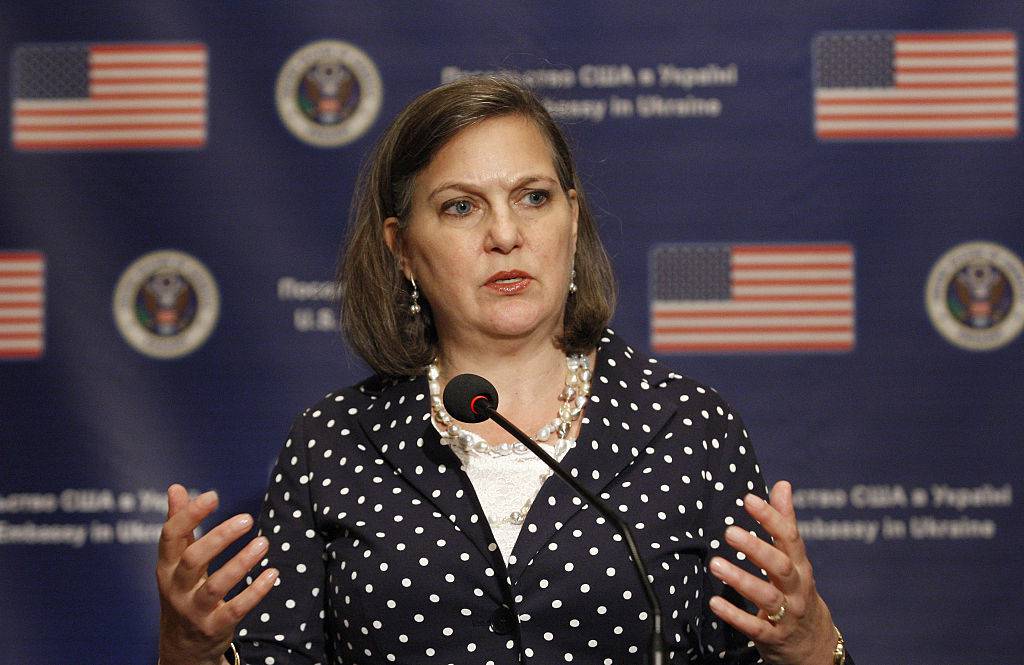 The United States of America’s Under Secretary of State for Political Affairs, Victoria Nuland, has mentioned that the US government is interested in Nigeria because the country practices democracy, adding that it is the sole decider in the growth of the African continent.

Ambassador Nuland made this known during a press briefing with newsmen on Thursday at the US Ambassador to Nigeria’s residence, Maitama, Abuja.

According to her:, “The way Nigeria goes is the way the continent goes. Concerning our strategic interest in the country, there’s always a war between authoritarianism and democracy, and considering the fact that Nigeria is the largest democracy in Africa, if Nigeria can become increasingly stable and secure, empower its population, diversify its economy and empower the next generation, it will be a powerful engine not only for itself but for the African continent and all democracies across the world.”

The Under Secretary, who also met with the Vice-President, Professor Yemi Osinbajo, and the Chief of Staff to the President, Ibrahim Gambari, at the State House, stated that the focus of her visit was concerning the issues of security, free, fair, credible and peaceful elections.

Nuland said, “We have been focusing on the issues of security, free, fair, credible, and peaceful elections. We also talked more broadly about our security relationship, but at the high end in terms of the holistic approach to security, earlier we delivered some Tucano jets, and we are about to have a new delivery of helicopters as well.

“Concerning our cooperation, we talked about the fact that security needs to be about countering terrorism at the high end, however, it also needs to be about what comes behind it – such as better governance, employment, and better opportunity, which would drive out the ability of terrorists and terrorism to return to communities.”

She explained that it was one thing to root out terrorists from communities, but the government must also provide sustainable policing, community security, better services, and good governance, otherwise, the terrorists would always be back.

“The way terrorists get into communities and destroy the fabric of the nation is ‘an evil thing.’ We think that Nigeria, with our support, needs to address this in a holistic way. However, what we are trying to do now in our collaboration with the government is to integrate the air and ground approach to security.”

She further commend Nigeria for its leadership in the Economic Community of West African States, “We need a regional approach to this problem because these terrorists are running across borders, and we all need to work together. Nigeria plays a huge role not only for its own security but also for the security of the region, through the ECOWAS.”

Nuland, who also met with some members of civil society organisations to discuss the forthcoming 2023 general election among other issues, noted that the U.S. was very pleased with the new Electoral Act and also the longer period for campaigns towards the elections.

She said, “We’re very pleased with the new Electoral Act and also the longer period for campaigns towards the elections. The United States will support the Independent National Electoral Commission, and the police, to provide security because we know there is quite a bit of anxiety about that.”

The Under Secretary also stated that the United States was interested in having investors in Nigeria, but there was a need to have an enabling environment considering the issue of corruption.

“The United States government would love to see more investors in Nigeria but there is a need for an enabling environment as corruption remains an obstacle.” She said.

It could be recalled that on Wednesday, June 15, it was reported that Ambassador Nuland’s visits to Djibouti, Mozambique, and her expected visit to Nigeria.

In Djibouti, Nuland and an interagency met with government counterparts to advance US-Djibouti relations and the two countries’ close security cooperation.

Daily Star Nigeria and gathered that while in Mozambique, she met with government officials and civil society members to discuss ‘the full range of bilateral and regional issues, including opportunities to advance stability and economic recovery in conflict-affected areas in support of her government’s new partnership’ under the US ‘Strategy to Prevent Conflict and Promote Stability.

Ambassador Nuland was sworn in as Under Secretary for Political Affairs in April 2021. Before that, she was a Senior Counselor at the Albright Stonebridge Group, a global strategic advisory and commercial diplomacy firm based in Washington DC. She was also a non-resident Senior Fellow at the Brookings Institution, a Distinguished Practitioner in Grand Strategy at Yale University, and a Member of the Board of the National Endowment for Democracy.

After 33 years as a U.S. diplomat, she served as Assistant Secretary of State for European and Eurasian Affairs from September 2013 until January 2017 under President Barack Obama.

She served as Special Envoy and chief negotiator on the Treaty on Conventional Arms Control in Europe from 2010 – 2011, and as Deputy National Security Advisor to Vice President Cheney from 2003-2005. In addition to two tours at NATO in Brussels, she had served overseas in Russia, China, and Mongolia, and various assignments at the State Department in Washington.

It was further revealed that she was also State Department’s spokesperson during Secretary Hillary Clinton’s tenure, and U.S. Ambassador to NATO during President George Washington Bush’s second term, between 2005 and 2008.