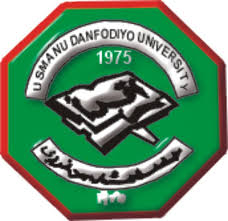 In a bid to ease the affairs of students who dwell in the private apartments on the Usmanu Danfodiyo University Sokoto campus, the Student Union Caretaker Committee chairman of the University, Comrade M.S Umar, inaugurated a Private Hostels Committee to mediate between the returning students and their landlords, UDUS Pen Press reports.

The committee, under the leadership of Comrade Ibrahim A. Khalifa (I.B Khalifa), the SU Caretaker Committee Chief of Staff, has liaised with the leadership of the Landlords’ Associations regarding the students who live in their apartments and would be returning upon resumption.

The concerned apartments include the Benjee Hostels (male and female), the ’80K’ hostels, and apartments in Sharma Village, Anguwan Hakimi, Adarawa and Gidan Yumfa, amongst others.

While speaking with PEN PRESS, I.B Khalifa clarified that the landlords of the apartments at the Sharma Village area and the ones behind the school stadium run separate associations and have different leadership.

He divulged that when he contacted the Sharma area Association’s Chairman, Alhaji Nura and the Secretary, Alhaji Isa (Sawaba Communications), they expressed concern for their tenants who have suffered losses to the ASUU strike, which lingered for eight months.

“They also promised to ease the rent burden for them upon arrival,” he said.

I.B Khalifa further disclosed to this reporter that the landlord of the Benjee male and female apartments waived the payment for his tenants. The landlord noted that since the academic session they paid for remained a semester to elapse before the ASUU strike, the students living in his apartments do not have to pay any rent until the 2021/2022 Academic Session.

“While consultations are still going behind closed doors with other landlords who are still silent on this decision, I’m enthusiastic enough to assure every concerned student of a positive resolution after the meeting we have agreed to hold in the coming days,” he added.

However, the chairman of the Private Hostels Committee called on students who face problems with their landlords to duly notify him via his WhatsApp contact, 2347030681449, for swift reaction.

“We haven’t met with the leadership of the landlords’ association behind the stadium yet because we rarely receive complaints from that side. But we are navigating our meetings to their ends too to ensure that all our fellow students enjoy this privilege. That’s why I said that students should quickly contact me if they have any issues with their landlords,” he concluded.

Recall that the Academic Staff Union of Universities (ASUU) suspended its eight-month-long strike on Friday, October 14, 2022, in obedience to the order of the Industrial Court and the subsequent intervention of the Speaker of the House of Representatives, Femi Gbajabiamila.