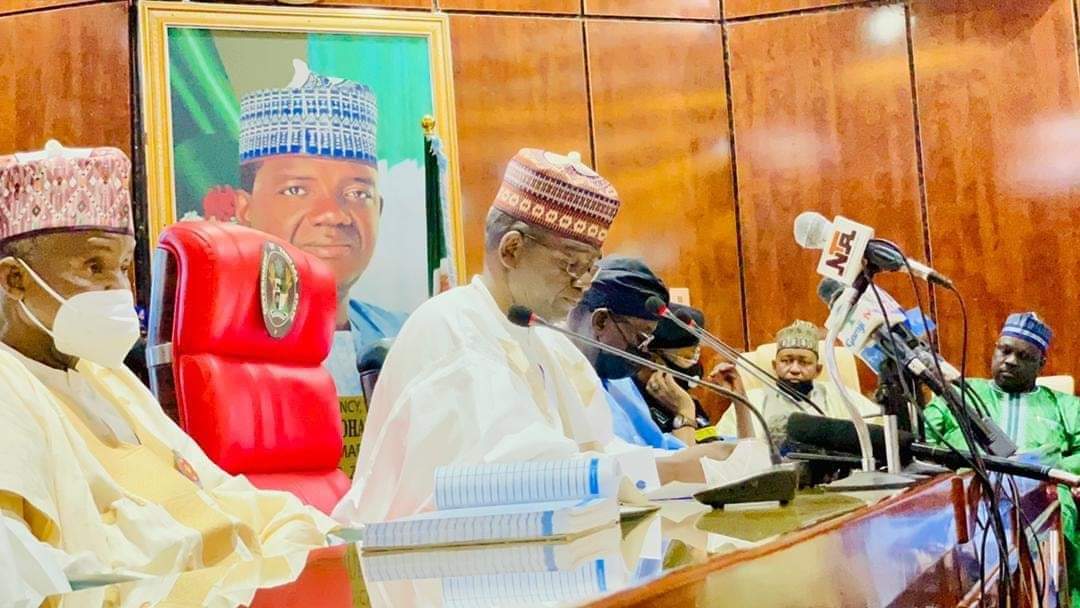 Zamfara state Governor, Bello Mohammed, has called for more concerted efforts in fighting banditry to ensure quicker elimination of the menace in the entire North-West and beyond.

Governor Bello Mohammed made the call when a team from the President and Commander-in -Chief of the Federation, Muhammad Buhari, paid him a condolence visit over the loss of lives in Anka and Bukkuyum Local Government Areas of the state.

Governor Matawalle noted that, “the security challenge in Zamfara and other states in the northwest is unprecedented. It has become an existential threat for the subregion. We have virtually explored and tried all workable options in our relentless effort to address this challenge. We tried the dialogue mechanism, which has worked for some time before deliberate efforts by some misguided politicians to scuttle the process”

He said that his administration has, however, tried to surmount the challenges in many faces, “My administration has made tackling the issue of insecurity its topmost priority. Our approach is multifaceted. We have intermarried the provision of logistics and other forms of support to our security forces with an array of social intervention programmes aimed at the economic empowerment of our youth”.

The Governor specifically suggested that the idea of IDP Camps should be de-emphasised while concerted efforts at quick resettlement should be emphasised through massive provision of resources by the Federal Government, the state Government and all stake holders such as NGOs, Donor Agencies and profit-making organisations and individuals

He further added that his administration had been supporting the security operatives in the state to make their job easier, “we procured 200 brand new Hilux pickups and distributed them to all the security agencies in the State for operational purposes. This is in addition to payment of allowances to security personnel, provision of Silent Falcon Drones, repairs of vehicles and fighting equipment, provision of office and housing accommodation and a host of other supports to our security forces”.

Further said that his government had “employed the service of hunters and provided them with motorcycles and allowances. Only recently we paid the service hunters the sum of N53 million, in addition to their full upkeep. In the aftermath of the recent attacks in Anka and Bukkuyum Local Government Areas, we expended the sum of N250 million to provide vehicles, and allowances for both the Civilian JTF and the conventional security outfits”.

In order to hasten the success of the ongoing operations in the state, Governor Matawalle called on the Federal Govt to deploy more intervention in the state including more Armoured Personnel Carriers and specifically, the Super Tucano Fighter Jets in the state.

Earlier, leader of the Federal Government Delegation, Minister of Defence, Major-General Bashir Salihi Magashi (rtd) told the Governor that his team was in Gusau to extend the message of President Muhamnadu Buhari over the recent unfortunate attacks on some communities in the state.

General Magashi said the President is saddened with the development and promises that stringer action would be taken to prevent the occurrence of similar incident in the future.

The Federal Minister of Humanitarian Affairs and Disaster management announced a number of relief materials in kind of foodstuff, clothes and household utensils. Governor Matawalle immediately formed a committee to handle the materials and ensure they are directly delivered to the affected ares without recourse to the State Capital.