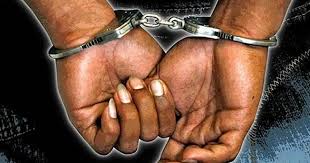 Kebbi state Association of Commercial Motorcycle Operators says four of its members have been killed by thieves within three months in Kebbi State .

He said that until recently the association had no record of any member being killed by the snatchers for over one year.

He said, “From May to date , we have lost four of our members ; one in May and the other three in July, and all were from Birnin Kebbi Local Government Area.

“On July 6, our member from Gumi LGA of Zamfara State was killed by bike snatchers in Makera community of Birnin Kebbi LGA.

“On July 9, a member named, Yasir Dayyabu, from Talatar Mafara, Zamfara State was also killed by the snatchers.

“On July 12, another one named, Samaila Birnin Kebbi was also killed by the snatchers, all in July”, he said.

He added that this year, one Bashir Gwadangaji, was the first victim they had after one year and six months without any record of killing their members.

He said “the victims are usually manhandled, waylaid and sometimes strangled or stabbed to death.”

“Our members have so far reached 37,000 in our register ; most of them are from neighbouring villages and states, and 80 per cent of them are not the sole owners of the motorcycles, they all have masters,” the Chairman said.

He said that the association hardly spend a month without recording incidents of motorcycle snatching, while describing it as a routine criminality.

Zaki called on the State Government and security agencies to come to the rescue of the association by tackling the menace.

He, however, warned members of the association against taking law into their hands when such cases of snatching occur.