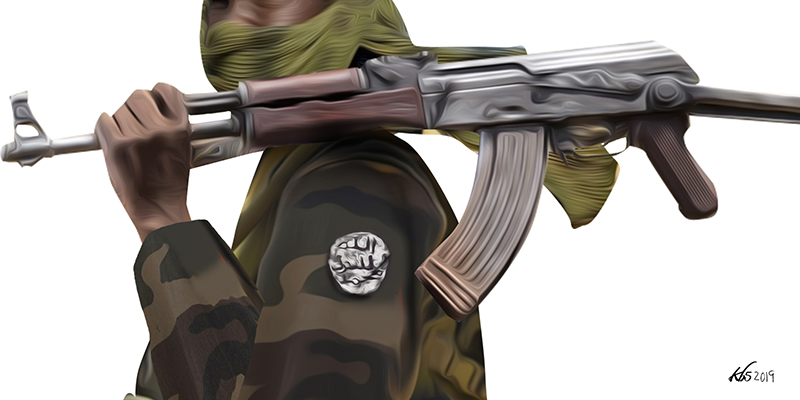 Daily Star investigations revealed that the group treats their new ‘host’ with respect through preaching and good relationship and that is paying them off because they are seen as “good people” by many young men and women in some Niger state communities they reside.

Recall that Secretary to the Government of Niger State, Ahmed Ibrahim Matane, disclosed to newsmen on Tuesday, 23rd November in Minna that ISWAP had taken over Kainji Lake National Park and are planning to establish a ‘caliphate’ in the state.

Residents of Borgu LG have been narrating their encounter with the terror group.

One Mahmud Modibbo Bari told Daily Star about his encounter with the terrorists group on his way to Babanna from Guffanti.

“It was a rough day for me…I have never witnessed fear like I did that day. I saw fire… For that moment, I couldn’t even feel my feet because it’s just like seeing death in its nakedness”, he said

He added that “after 3 hrs of holding us hostage, we were asked down from our trucks for a preaching session. After that, they released us to go and we left the scene alive. Alhamdulillah. But what surprised me was when some of thought the terrorists were Fulani while the tone of their Hausa and the impeccable command of Arabic did demonstrate them to be illiterate Kidnappers around,” said Modibbo.

Also recall that on the 25th of November, Daily Star garnered, in an interview with a top traditional leader in Borgu, that activities of the ISWAP are gaining grounds by the day.

He said, “the thing has gone far from what we think it is. They [ISWAP] already have people from here [Borgu]. There are Borgu people among them already.”

Malama Jummai Nuhu, a resident of New Bussa, disclosed to Daily Star how the armed men held them hostage on their way to Lumma from Babanna.

In an interview with Daily Star reporter, she revealed: “there were seven of us in the car when we were ambushed by them. They held us for about an hour preaching to us to ‘fear God’ in all our dealings. After making us recite the Sura Fatiha and alkunut, they freed us.”

Alh. Ahmed Issa, Borgu local government official from Dekara, expressed his fear concerning the reception the terror group is getting from locals.

He expressed that “their approach is soft. Whenever they encounter the locals, either on transit or on the farm, they part with them in a peaceful and friendly atmosphere.”

When Daily Star reporter asked him to suggest a solution to the growing menace, he said “the government must act quickly. Our people’s knowledge of the Islamic religion is not vast. If the activities of the terrorists is not arrested in time, they will succeed in indoctrinating [many of] the locals.”

There is widespread fear among residents that the group’s new strategy will endear them to many young people and that would be “a recipe for danger in the future”, according to some.