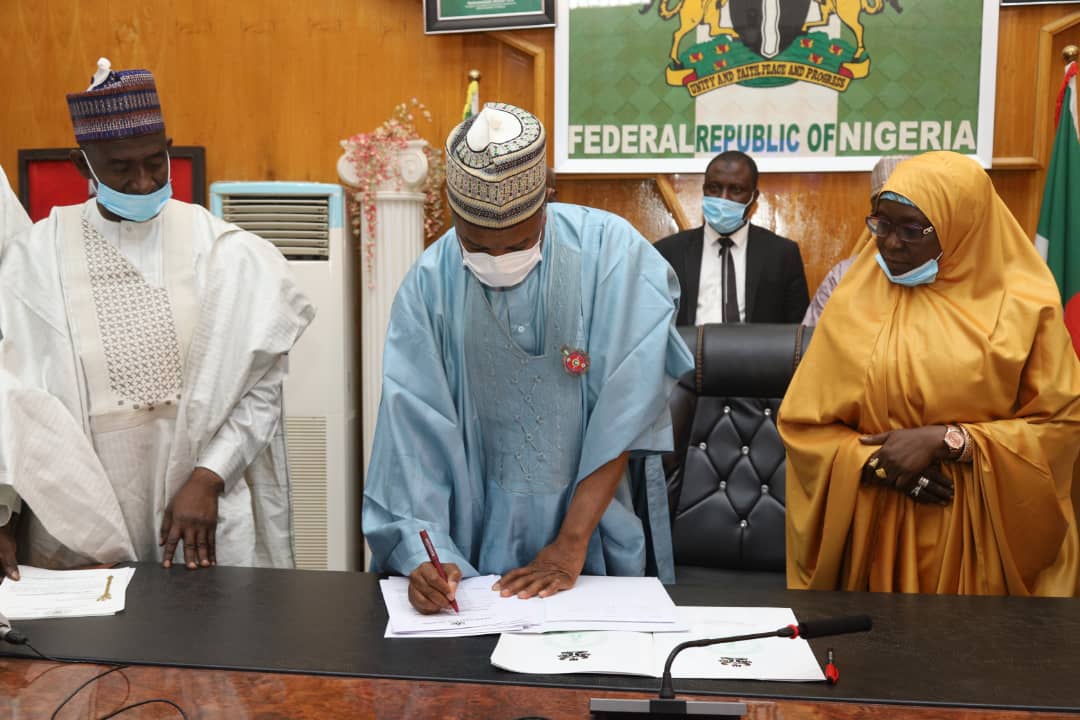 Bagudu,who signed the budget in Birnin Kebbi on Thursday, said that the state had then joined many other states that were at different stages of signing their budgets into law, adding that it was passed even easier than the National Assembly had passed the national budget.

“I am proud to say that the Kebbi state assembly has always been equaled to the task as at when due.

“I equally note that the state assembly have passed both the legislative and judiciary autonomy laws which I will sign before the end of the year, with violence against persons law, child rights act, fiscal responsibility act as well as numerous legislations that are intended to better the life of the people of Kebbi state,” he said.

Bagudu noted that the budget’s performance had been improving and the state was among the best performing states in the recently released Independent Fiscal Responsibility and Accountability Framework.

“This is a World Bank programme where independent verification agents are sent to different states to monitor and assess performance in set criteria and the result was released about 10 days ago.

“Kebbi state is among the best states now with the lowest recurrent expenditure by some publications, and in addition to transparency and integrity ranking, which ranks the state among the best seven performing states,” he said.

Bagudu also explained that the state was increasingly drawing attention from the world, adding that the government had received two regional delegations from ECOWAS and West African Rice Association.

“The ECOWAS came to announce a major investment on pastoralism which involves investment of $6 million US dollars in the state.

“I also met with the West African Rice Association as a delegation from West Africa to key into the partnership that Nigeria is leading to make West Africa rice sufficient and as a state that is noted, they visited us.

“All our efforts are translating to more investment into the state courtesy of efforts of all the arms of government,” he said.

Bagudu also announced that the state government had earmarked more than N4 billion for the payment of gratuity to all the retirees in state.

“I have spoken with the state Chairman of Nigerian Labour Congress (NLC), Alhaji Alhassan Halidu, and we are reviewing all the data as we have challenges with integrity of data when it comes to gratuity and we have about N4 billion in the account as we speak.

“As soon as we are comfortable with the work we are doing, we will release the money for the payment of gratuity.

“But I need to emphasize that, courtesy of state house of assembly, anybody who retires in Kebbi, starts earning their pension in that month; no arrears in pension,” he said.

Earlier, the Speaker of the house of assembly, Alhaji Muhammad Abubakar- Lolo, said that the house on 21 December passed the bill as it had earlier promised of speedy passage of the bill.

“The house will work hand-in-hand with the executive to ensure proper implementation of the budget as provided by the Nigerian Constitution,” he assured.