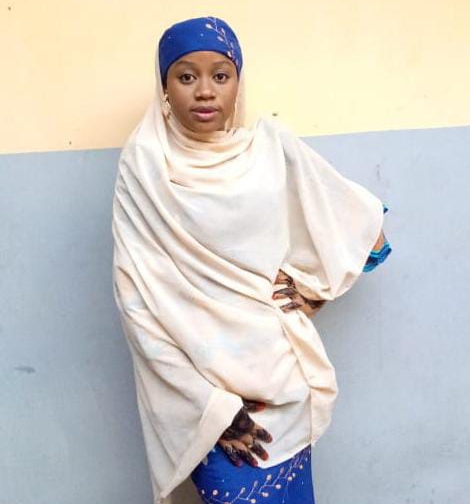 Balkisu Tukur Sifawa, a final year student of the Department of English and Linguistics at the Sokoto State University, has broken the department’s 8-year jinx, and emerged as the first female president of the department, since the inception of the school back in 2013.

Balkisu who is also a Sokoto state Indigene from Sifawa village of Bodinga Local Government Area, said she was happy to have broken the jinx, and pledged to give her uttermost best.

In an exclusive interview with Daily Star Nigeria, Balkisu said:

“Since the inception of the department, we females have not enjoyed equal participation in politics as our potentials have been restricted by the departmental constitution, and since then some concerned female students started fighting for female equity in politics and their struggle yielded result this session, and I can gladly say I am happy that the jinx was broken by me”, she said.

“What motivated to contest was the fact that I have been an assistant class rep to a male student since my 100 level days, and I can boldly say that my class rep was dormant, I was the one taking the full responsibility ever since, so I told myself I f I can manage our class affairs, I definitely can do same at the departmental level”, balkisu added.

Balkisu disclosed that she encountered so many challenges and gender discrimination from her male counterparts and intense opposition from even her female colleagues including her close friends.

She averred, “When I declared my interest to contest, the first opposition I had was my male counterparts who thought a female could not become their president, so they launched a war against me, went ahead to bring another male contestant to challenge me at the poll, but the guy later stepped down for me.

“They however reported me to our lecturers and even head of department that I shouldn’t be allowed to contest because I was a lady, but none of the lecturers heed to their demands which frustrated them the most and finally convinced a close friend of mine to contest against me, and that was the greatest challenge honestly.

“She told me of her intention, and I said it’s fine, after all it’s a democracy everyone can contest, so I wished her well and that’s how we went to the poll and I emerged victorious.

“Thanks to Almighty Allah and also 200 level students of our department who came out in Mass, supported me and gave me highest number of votes”.

Balkisu called on all female students to participate in politics so as to have equal participation of female and male on campus.