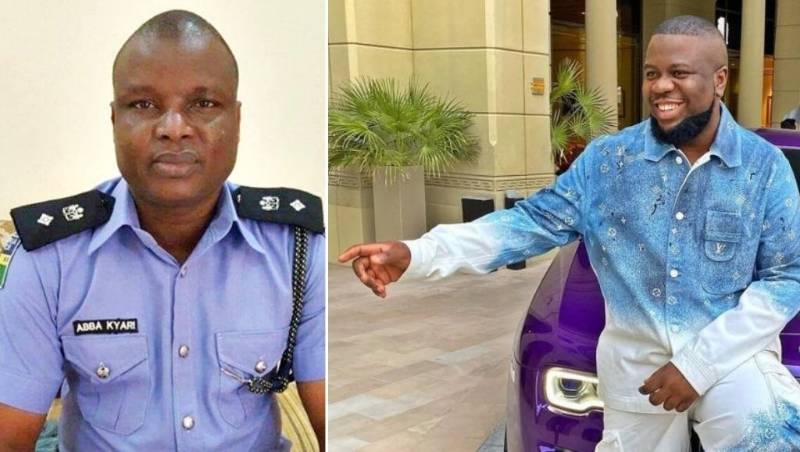 The erstwhile commander of the IGP Intelligence Response Team (IRT), Abba Kyari, has been querried by the inspector-General of Police, IGP Usman Alkali Baba, over the infractions noticed in his communication with Ramon Abbas, popularly called Hushpuppi, who is suspected of internet fraudster.

The office of the Attorney-General of the Federation is also looking into the request of extraditing the famed super cop to the United States of America.

Daily Trust reports that the query was issued based on the findings by the Special Investigation Panel (SIP), which probed the alleged indictment of Kyari by the Federal Bureau of Investigation (FBI).

Daily Star Nigeria recalls that Kyari was indicted by a US court as a conspirator in a $1.1 million fraudulent deal against a Qatari businessman by Hushpuppi.

The Police Service Commission (PSC) had suspended him from office as a deputy commissioner of police and head of the IRT based on the recommendation of the IGP.

Daily Star Nigeria learnt that the DIG Joseph Egbunike-led panel, which submitted its report in August, established that there was communication between Kyari and Hushpuppi.

“The IGP has issued a query to Abba Kyari based on the findings of the panel.

The panel discovered that there was communication between Kyari and Hushpuppi, as well as infractions on the part of the cop, which is against the procedure of engagement of the police,” a top security source informed newsmen.

He, however, stated that the panel did not recommend the extradition of Kyari as it could not be established that the decorated police officer committed any crime in the US.

“There is no proof that he committed any crime on the soil of the US to warrant his extradition. He will be sanctioned by the appropriate authorities here.

However, it is for the AGF to advise if there is a ground to extradite him to the US, which is very unlikely,” he added.

The Police Force spokesman, Frank Mba, in a telephone interview, revealed that in line with the procedure of the Police, the IGP has forwarded the recommendations of the panel to the PSC for appropriate action.

“The committee submitted its report and the IGP has forwarded their findings to the appropriate authorities, which have oversight function on the police, specifically the PSC, which I believe is currently reviewing it,” he said.

The media aide to the AGF and Minister of Justice, Abubakar Malami, a Senior Advocate of Nigeria (SAN),
Dr Umar Gwandu, said his boss would give his opinion on the matter as appropriate.

“In line with the provision of the constitution of the Federal Republic of Nigeria and that of the extant laws, the AGF will do the needful,” he said.

However, a senior police officer said it was only the PSC that could sanction Kyari as stipulated by law. He said the sanction could be suspension, reduction in rank or dismissal.

A security expert, Kabir Adamu, added that police officers could be tried in court in the case of a criminal offence.