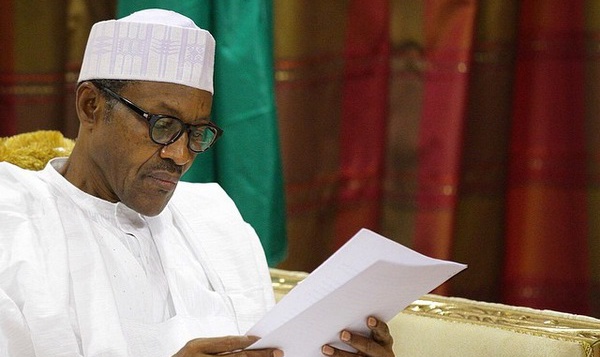 Sequel to the persistent killings, kidnappings, rapes and molestation of innocent people by the bandits in Zamfara state, residents of Zamfara askee President Buhari to respond to a letter written to him by a non-governmental organization in Zamfara known as Zamfara Circle calling on him to take full responsibility and declare state of emergency to restore peace in the state.

It was gathered that the letter prompted the Zamfara state government to take some drastic measures which include, among others, closure of all weekly markets, banning motorcycles and tricycles, closure of schools and shutting down of mobile networks.

Daily Star Nigeria recalls that Some of these measures were replicated in the neighbouring states that are equally attacked by bandits.

The residents under the aegis of Concerned Zamfara Indigenes wrote an open letter to President Buhari, signed by Sulaiman Tukur and Mustapha M. Abdullahi Kanoma which reads:

“Sir we have cause to believe that these measures are now causing more harm than good to the people by depriving poor people of their means of livelihood. Without review, these measures have indeed made life more difficult to the people as prices of commodities have drastically increased with no significant decrease in the number and veracity of attacks by the bandits. Sir we have reasons to believe that the bandits are more daring than ever before.

“Mr President, we are of the belief that the bandits have adjusted and adapted to the measures too and continued unleashing terror to the Innocent people as seen in their persistent and consistent burning of harvested farm produce in villages and towns within the state.

“Mr President, we believe these type of decisions must be time-bound within which success or otherwise must be determined to enable review and change of strategy, because you cannot sustain measures that outweigh its benefits and said you are recording success.

“These measures will not be effective in crushing the bandits without massive deployment of security forces to fight them and these measures will not stay forever. It will interest you to know that these bandits can trek more than 100 miles by foot, they also attack, kill and cart away food items at will, rape and molest women and children even with the current measures.

“During the last two months, we have recorded about 143 persons confirmed killed, and this figure is only from Shinkafi, Tsafe, Bakura, Kaura and Birnin Magaji LGAs where we genuinely confirmed but we couldn’t confirm other attacks and killings because of Telecoms services shutdown.

“The number of the security personnel in Zamfara were far less the number of bandits and their strength in terms of weapons and motivation, based on the research titled “I AM A BANDIT” A decade of Research in Zamfara State conducted by Dr. M. A. Rufa’i of the Department of History, Faculty of Arts & Islamic Studies, Usmanu Danfodiyo University. The bandits were estimated to be more than ten thousands 10,000 terrorizing Zamfara alone with sophisticated weapons like anti aircraft guns, rocket propelled grenade tubes, general purpose machine guns, AK47, AK49, G3 magazines amongst several others are found across different camps in the state.

“According to the author, these gangs have so far killed over 12,000 people and stole about 250,000 livestock from 2011 to 2021. About 120 villages destroyed while 50,000 people were either internally displaced or made refugees in the neighbouring Niger Republic.

“During the electioneering campaigns of 2015 and 2019 respectively, you travelled to all the 36 states canvassing for votes, in which you made three major promises: to fight corruption, to revamp the economy and to restore security. Kindly replicate same and hold town hall meetings to get first hand information directly from the masses.

“Mr President we have suffered and still suffering a lot from these heartless people and their act of barbarianism. Empower the military, equipped them with sophisticated weapons, give them all the necessary things needed to win the war on bandits. The state is dieing economically.

The letter also hinted on the unemployment rate is rising. “You know what it means. The number of persons that are supposed to be in farms are afraid of been killed or kidnapped. Farm products are scares due to shortage of supply. The demand for the products is high. Life in the state is becoming unbearable and miserable. Local investment is discouraged. Crime rate is increasing. One is longer safe within the state. The state is tagged a death zone or no go area.

“Some of our villages were under the control of the bandits and collecting tax from people. What will be the future of the state if something urgent is not done now? Federal government must find lasting solution to these problems.

“We, therefore, call on Mr. President to exercise his power and take full responsibility of managing the security in the affected states by declaring full military operations. Please, direct the security forces to go and hunt these criminals from their hideouts, the dens of these beast are known, their various camps in Zamfara are not out of sight. Let the military be offensive rather than defensive and not foiling or making reprisal attack.

“Mr. President remember that you said rule of Law is subject to national interest and you would not exit office as failure.”

Zamfara state has been one of the worst states hit by banditty, which has crippled farmin and other economic activities in the state.