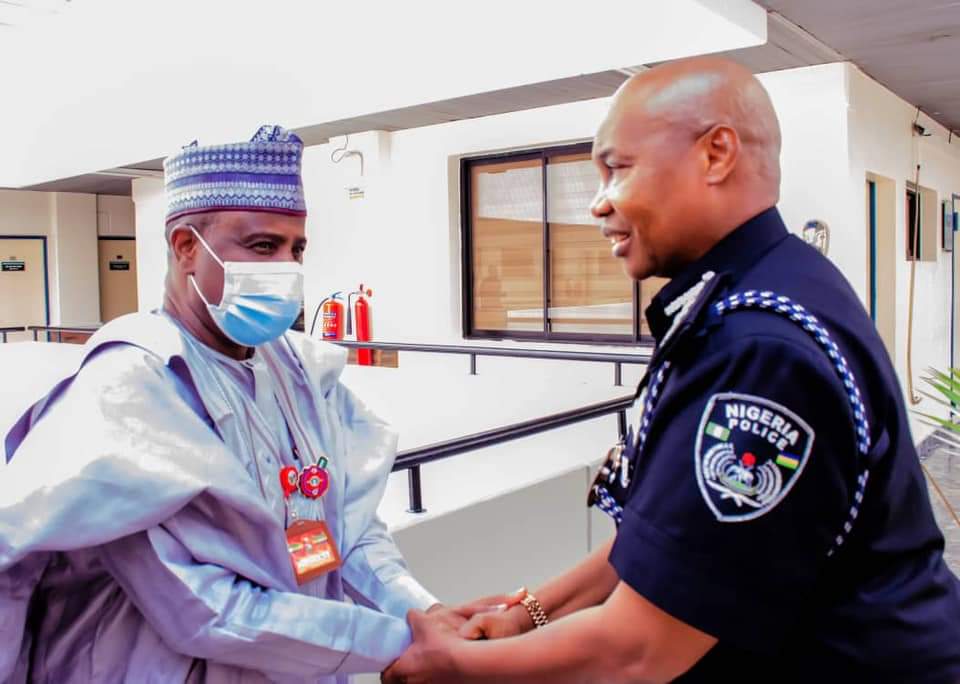 According Tambuwal’s press office, the visit was “intended to deepen the relationship between the state government and the Nigeria Police” and to explore “many areas of interest, particularly how to consolidate on the gains of current drive against banditry, kidnapping and other forms of criminalities in the state.”

Gov. Tambuwal, who applauded the ongoing efforts of the officers and men of the Force, also gave kudos to the IGP for his support to the state government in its efforts to ensure that challenges of insecurity are checkmated.

The Governor also expressed appreciation to the IGP and commended him for the sustained synergy between the Police and other security agencies in the state.