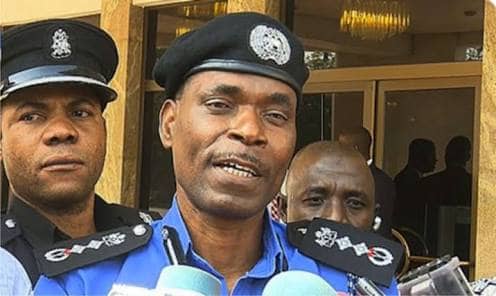 The Inspector General of Police, Alhaji Muhammad Abubakar Adamu,has said that the formation of vigilante groups, without command of control, may result into chaos in the country.
Adamu, stated this on Wednesday during a townhall on peace and security in Zuru Local Governments Area of the Kebbi State.

He warned that any group which continue to involve in extrajudicial killings would cause chaos at the expense of improving security in the country, stressing that such groups must endeavor to work with appropriate authority for guidance.

“If a vigilante group is coming together for self-help without being guided, it will result into chaos”, he said.

“Therefore, Yan Sakai, MACBAN, CAN and other groups will be invited to Abuja under the leadeship of Kebbi State Governor, Senator Abubakar Atiku Bagudu for a meeting where a masterplan will be drafted on permanent solution to insecurity in the emirate,” IGP added.

In his remarks, Govenor Atiku Bagudu, expressed his dismay over the disruption of peace in Zuru Emirate as result of clashes between bandits and “Yan Sakai” groups which results in reprisal attacks in some cases.

“This emirate has a history of tolerance, due to its multi- ethnic and multi- religious nature more than any other emirate in Nigeria and it has contributed to the existence and unity this country,” he said.

According to him, the only way 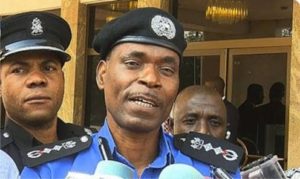 to solve any problem is for people to accept to live together harmoniously with one another.

Bagudu vowed that the state government would not condone any act contrary to peace and would identify and punish criminals wherever and whoever they were.

The governor commended security agencies for their effort in ensuring peace and security in Kebbi state.

Earlier, the Emir of Zuru, Alhaji Muhammad Sani-Sami II, urged the IGP to investigate the root cause of the recent happenings in the Emirate.

The Emir stated that what is happening in the Emirate is a spillover from Zamfara state, adding that uncoordinated formation of vigilante groups has contributed to insecurity in the emirate.

Also, the President of Miyatti Allah Cattle Breeders Association of Nigeria (MACBAN),Alhaji Muhammadu Kiruwa, appealed to the security agencies to investigate the unfortunate event that took place in Zuru Emirate.

Kiruwa noted that the association had directed its Kebbi state chapter to ensure that all the members affected in one way or the other by the criminality to exercise restraint and allow the law to take its course.

In his remarks, the Chairman of Vigilante groups in Zuru Emirate, Mr Mani Giwa, emphasised that Zuru people are known for their hospitality and as peace loving people who welcome other tribes of different cultural background with open arms.

The chairman thanked the state government, security agencies and all the traditional rulers for their untiring support and cooperation.

The meeting had in attendance, Sen. Muhammadu Magoro, members of House of Representatives,DSS, security agencies, traditional and religious leaders as well as various ethnic and cultural groups in the emirate.

One thought on “Insecurity: “Vigilante groups lead to chaos” IGP”