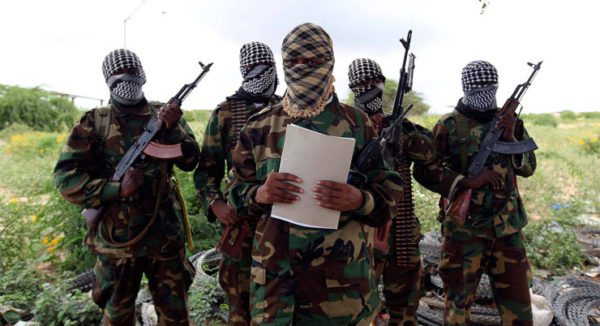 Niger State government has raised the alarm that the Islamic State of West Africa Province (ISWAP) is planning to establish a caliphate in the State.

The alarm was raised by the Secretary to Niger State Government (SSG), Alhaji Ahmed Ibrahim Matane to newsmen on Tuesday.

He said the terrorist group is planning to establish a Caliphate at Kainji Lake National Park (KLNP) situated in Borgu Local Government Area.

After a notice of evacuation sent to officials early this year by the terrorists group, Kainji Lake National Park workers have evacuated the park for more than nine (9) months now leaving ISWAP to establish their ‘caliphate’ there.

This was also confirmed by the secretary of the state government Tuesday in Minna.

“The Islamic State of West Africa, ISWAP, and the dreaded Boko Haram have now set camps in some parts of the state.”

In some parts of Borgu Local Government, particularly Babanna and the KLNP, the group has already established their camp and have started recruiting locals around.

In an audio recording that the terror group released, they revealed that they were the abductors of the district head of Wawa, Dr. Mahmud Ahmed Aliyu.

Borgu local government Vigilante Group has disclosed to Daily Star that the terrorists group has been going round to preach to the locals, saying that they are sent by God to “guide the people to the true religion of God.”

As a persuasion strategy, the ISWAP members tell residents that they are neither bandits nor kidnappers.

In an interview with a top traditional leader in Borgu, he revealed to Daily Star that activities of the ISWAP are gaining grounds by the day.

He said, “the thing has gone far from what we think it is. They [ISWAP] already have people from here [Borgu]. There are Borgu people among them already. That is what the district head of Wawa told us after gaining freedom from them.”

“I have a sister who is Married in Babanna. She told me that the terrorists come to town anytime they want. They talk with people and go to the market too. She told us those who know them said they are good people. It is bad wallahi,” he decried.

Attempts to contact Niger State Police Public Relations Officer were abortive as his number could not be reached and source in the Niger state police command said he could not comment on the situation.