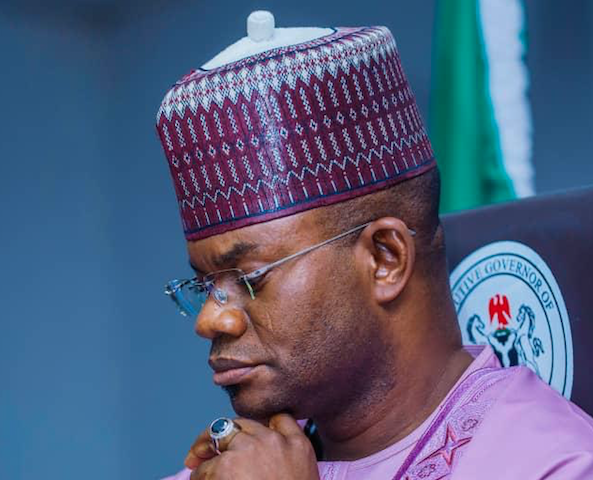 The commission released a statement through its Head, Media and Publicity, Wilson Uwujaren, on Friday, stating that the receipt by CBN has effectively put to rest “the campaign of misinformation and unconscionable denials by the Kogi State Government that no fund was recovered from its bail out account.”

The apex bank in a letter referenced, DFD/DIR/CON/EXT/01/099 and dated 9th November, 2021 informed the Executive Chairman, EFCC, Abdulrasheed Bawa that it has received the money.

The return of the money to the apex bank is in compliance with the October 15, 2021 Order of a Federal High Court sitting in Ikoyi Lagos directing the unfreezing of the Kogi State Salary Bail-out account to enable Sterling Bank to remit the balance in the account to the Central Ban of Nigeria. Justice Chukwujekwu Aneke gave the Order pursuant to an application filed by the EFCC.

The Commission had told the court that the management of Sterling Bank Plc, where the account was domiciled had acknowledged the existence of the said account with the staggering sum of N19, 333,333,333.36 in its books.

The Commission further brought to the attention of the court that “The sum of N19, 333,333,333.36 is still standing in the credit of the account frozen”, adding that “the management of Sterling Bank PIc, has, pursuant to a letter dated 15 September, 2021, signed by its Managing Director, indicated intention to return the total sum of N19, 333,333,333.36 back to the Central Bank of Nigeria.”

The EFCC prayed The court that it “is expedient for the instant suit to be discontinued and the account unfrozen to enable the management of Sterling Bank PIc effect the transfer/ return of the sum of the sum of N19, 333, 333, 333.36 back to the coffer of the Central Bank of Nigeria , where the said bailout funds was disbursed.”

The transfer has put paid to any further controversy regarding source and ownership of the funds and most importantly, aborted the funds dissipation.

On August 31, 2021, Justice Tijani Garba Ringim, a vacation Judge, had ordered the freezing of the account, following an ex-parte application filed by the EFCC.

The EFCC, in a 13-paragraph affidavit in support of the ex-parte application, had stated that it received a credible and direct intelligence, which led to the tracing of the funds reasonably suspected to be proceeds of unlawful activities in account No. 0073572696 domiciled in Sterling Bank, Plc with the name Kogi State Salary Bailout Account.

After listening to the EFCC application, Justice Ringim on August 31, 2021, ordered the freezing of the account and directed the publication of the order in a national newspaper by the EFCC.