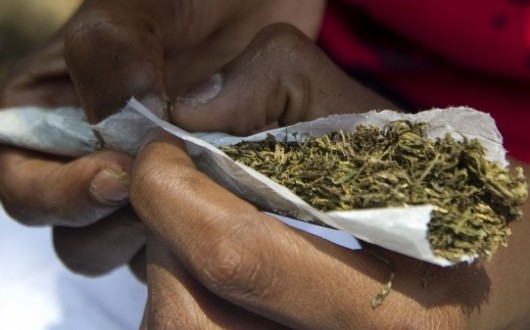 A man simply identified as Ekennah Okechuku has been arrested by the Kano Road and Traffic Agency (KAROTA) for allegedly conveying over 60 cartons containing Indian Hemp into Kano State.

The agency’s spokesperson Nabilusi Abubakar Kofar Na’isa, disclosed that after the arrest of Okechukwu, it was discovered that he was on the wanted list of the National Drug Law Enforcement Agency (NDLEA), for a similar offence.

While handing over the suspect to the NDLEA Commander, Dr Ibrahim Abdul, the Managing Director, KAROTA, Baffa Babba Dan’agundi, mentioned that his agency had ordered the relocation of Sabon Gari Luxury Buses Park due to a report of such crimes committed using such vehicles.

He also mentioned that the order was beginning to yield the intended results as some of the luxury bus companies were cooperating with KAROTA to expose persons or groups transporting prohibited items into Kano State using their services.

He further warned that any company, whose driver or his boys were found to be conniving with unscrupulous individuals to commit a crime in the state, would have their vehicle seized and the company expelled from Kano State.