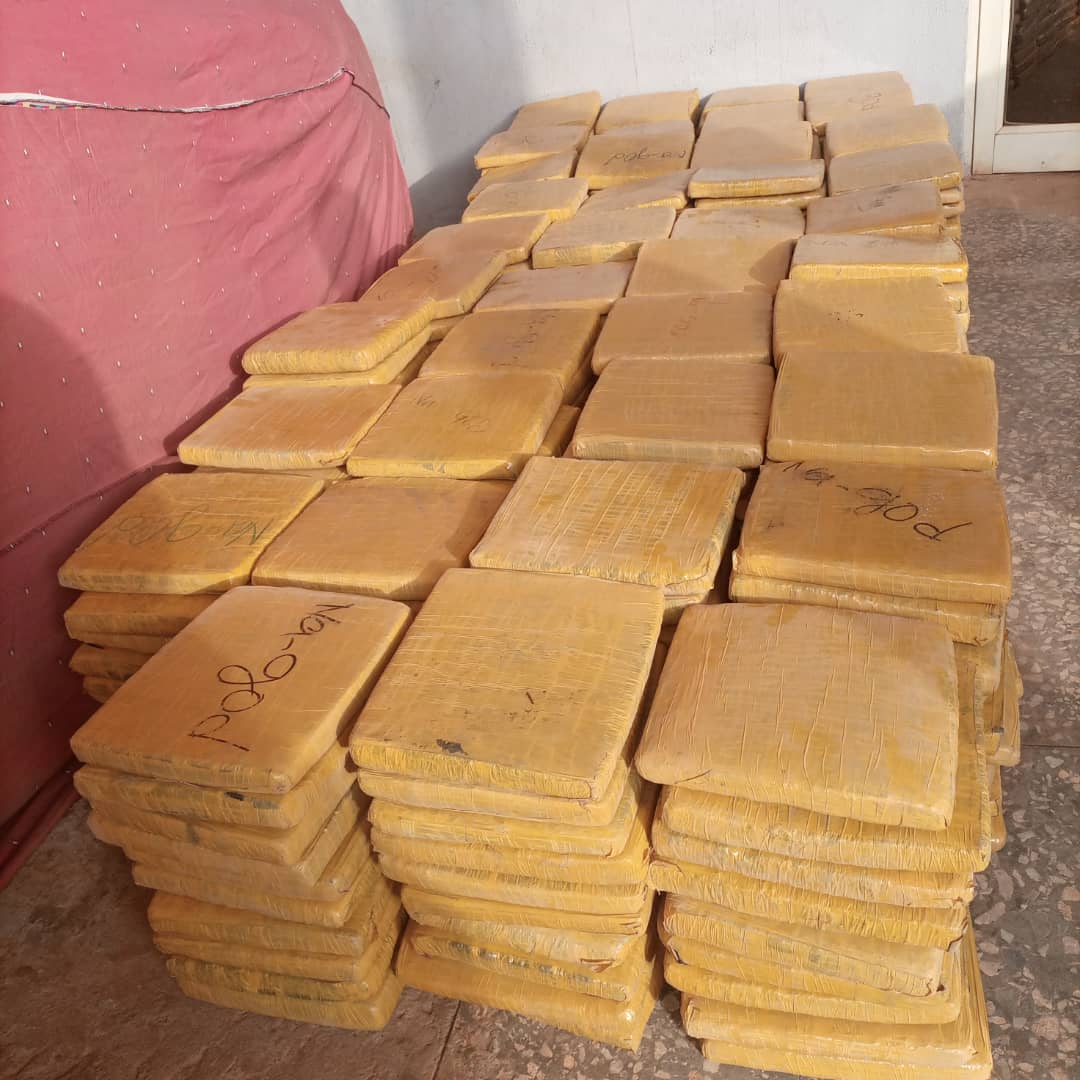 The Nigeria Customs Service (NCS) Kebbi Area Command, has intercepted 150 drums of Petrol and 389 kilograms of cannabis sativa worth N21.1 million in its continued onslaught on smugglers in the state.

The interception was contained in a statement signed by the Customs Public Relations Officer of the command, DSC, Nasiru Manga and made available to newsmen in Birnin Kebbi on Sunday.

It revealed that the seizures were recorded at two separate locations within the span of one weeks this year in the state based on credible intelligence.

“The operatives of the command while on information patrol on Wednesday, Jan. 5, 2022 along Kyangakwai-Kamba Road, intercepted one Blue Carina E with Registration Number UBT 674 MQ and Chassis Number SB1645BK10E009725 loaded with Cannabis Sativa, popularly known as Indian hemp.

“Physical examination of the vehicle revealed that it was loaded with 389 parcels (laptop size) of one kilogram each of cannabis sativa valued at N15,560,000.

“Similarly, based on credible intelligence, officers and men of Kebbi Area command on Friday night, Jan. 7, 2022, were able to scuttle the activities of daredevil smugglers of premium motor spirit (PMS) at Low-coast waterway in Yauri and consequently evacuated 150 drums equivalent to 30,000 litres of PMS, which were meant to be smuggled out of the country through waterways valued at N4,860,000,” it said.

The statement also quoted Customs Controller in the area, Comptr., Hafiz Kalla, as lamenting over how a few unscrupulous elements took advantage of the humongous amount of money paid by the government as subsidy to Nigerians to divert the product for their selfish reasons, thereby sabotaging the government’s effort.

“Kalla reiterated his stand of not allowing smugglers to breath a space, stressing that his men would not relent in their effort to frustrate all the activities of economic saboteurs in his area of coverage,” the statement said.