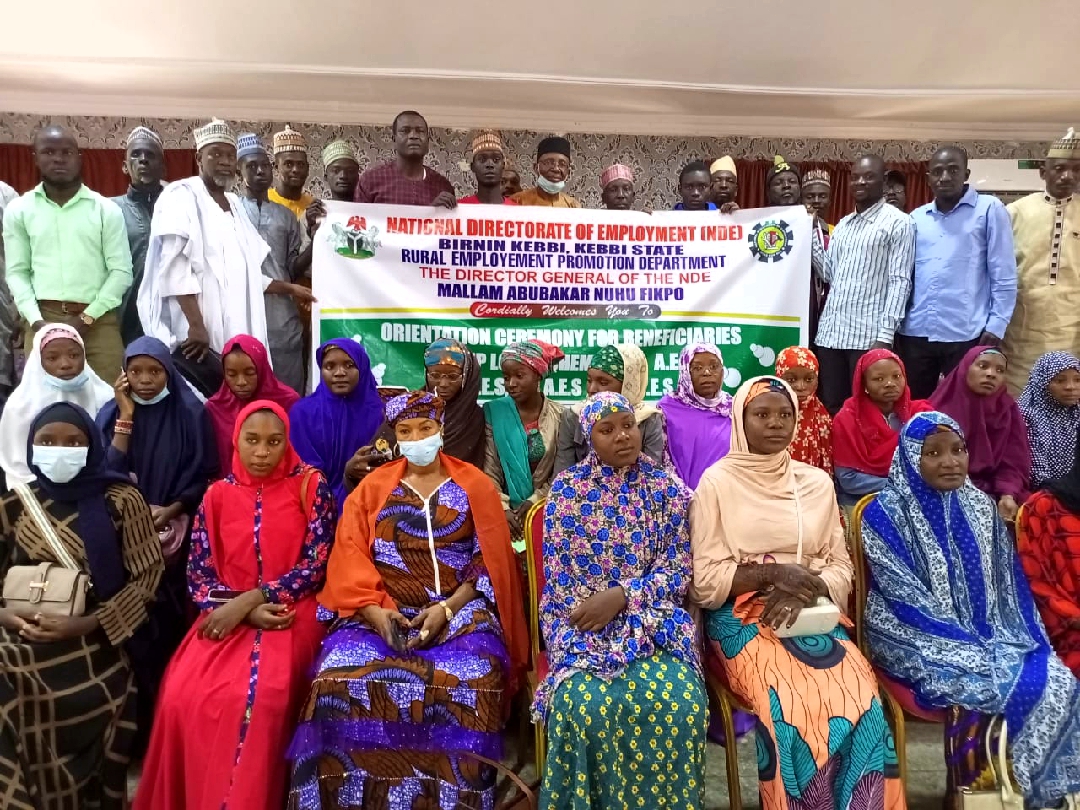 National Directorate of Employment (NDE) has said the agency had disbursed N10.8 million as loans to 108 unemployed people in Kebbi under its Rural Employment Promotion Programme.

Director General, NDE, Malam Abubakar Nuhu-Fikpo, disclosed this during the orientation ceremony of the beneficiaries in Birnin Kebbi on Saturday.

He said that the objective of the orientation was to advise beneficiaries to use the loan for the purpose it was meant for.

“We are sensitising beneficiaries on the importance and derivable benefits of self- employment as a veritable option to white-collar jobs.

“A total of 24 beneficiaries will benefit under Sustainable Agricultural Development Empowerment Scheme.

The NDE boss urged beneficiaries to utilise the opportunity the orientation had provided and to invest it in what they had learnt.

He also advised beneficiaries to endeavour to repay their loans dutifully, responsibly and timely so that other unemployed people could benefit from the facility.

Cross section of the beneficiaries thanked the Federal Government for the empowerment and pledged to be good ambassadors of the scheme.