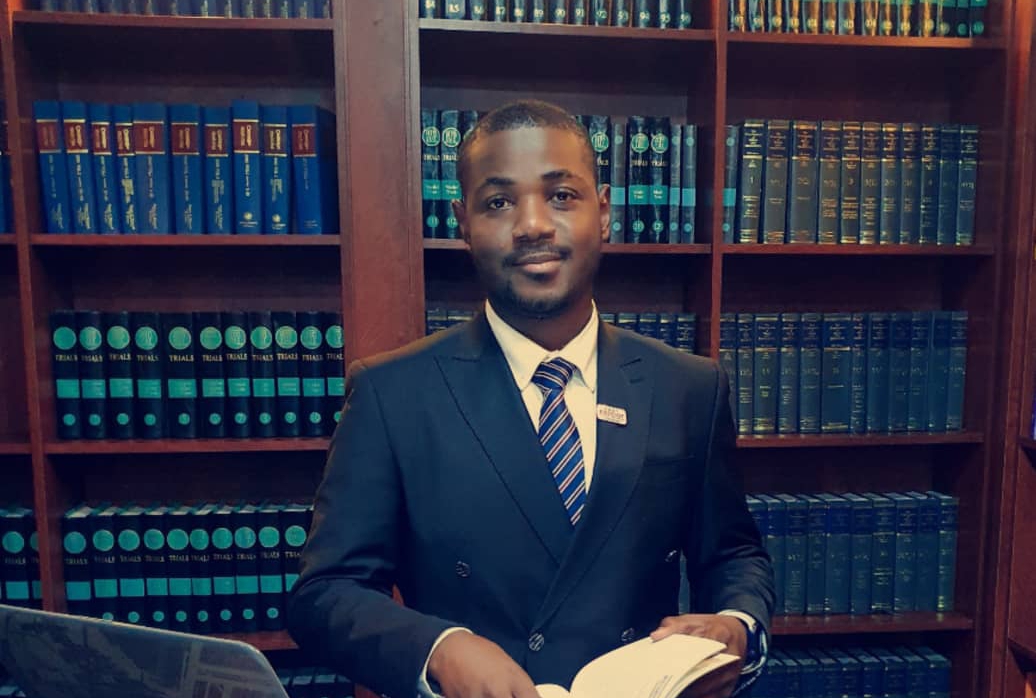 The North-West is alleged to overtake the North-East as  the new epicentre of insecurity in Nigeria. This sad development cannot be disconnected from the weakening of Boko Haram and the proliferation of banditry and kidnapping.

Lately, a lawmaker representing one of the most banditry-ravaged senatorial districts in the upper chamber of the National Assembly, Senator Ibrahim Gobir of Sokoto East Senatorial District, proposes the pronouncement of bandits as terrorists. This is to enable a complete crackdown on them in a war against terrorism and insecurity.

Moreover, to provide an enabling environment for humanitarian agencies such as the National Emergency management Agency (NEMA) to urgently respond to the needs of the unfortunate victims. This led to a national outrage and comparison of the criminal activities to that of Boko Haram insurgency.

This piece is an attempt to explore the legal framework on terrorism under the Nigerian law. It further aims at exploring the legal requirements to declare a terrorist, who has the power of the declaration? At what point can a group be proscribed a terrorist organization? Who has the power to fight the terrorism? And how are the banditry activities connected to the framework?

An act of terrorism as described by section 1 subsection 2, Terrorism (Prevention) Act 2011 as amended 2013, is an act which is deliberately done with malice, aforethought and which –
(a)may seriously harm or damage a country or an international organization;
(b)is intended or can reasonably be regarded as having been intended to—
(i)unduly compel a government or international organization to perform or abstain from performing any act;
(ii)seriously intimidate a population;
(iii)seriously destabilise or destroy the fundamental political, constitutional, economic, or social structure of a country or international organization;
(iv)otherwise influence such government or international organization by intimidation or coercion; and
(c)involves or causes, as the case may be –
(i)an attack upon a person’s life which may cause serious bodily harm or death;
(ii)kidnapping of a person;
(iii)destruction to a Government or public facility, a transport system, an infrastructure facility, including an information system, a fixed platform located on the continental shelf, a public place or private property, likely to endanger human life or result in major economic loss;
(iv)the seizure of an aircraft, ship or other means of public or goods transport and diversion or the use of such means of transportation for any of the purposes in paragraph (b) (iv) of this subsection;
(v)the manufacture, possession, acquisition, transport, supply or use of weapons, explosives or of nuclear biological or chemical weapons, as well as research into, and development of biological and chemical weapons without lawful authority;
(vi)the release of dangerous substance or causing of fire explosions or foods, the effect of which is to endanger human life;
(vii)interference with or disruption of the supply of water, power or any other fundamental natural resource, the effect of which is to endanger human life.

The 2013 Amendment extended the provisions of the act to include terrorist financers, solicitors, supporters, obstruction or hindering arrest of principal offenders as acts of terrorism. However, for the purpose of this article, it will focus on the requirements for the actors.

Secondly, on the powers to declare a terrorist, section 2 subsection 1 (c) of the Act states–
Setting up or pursing acts of terrorism, the Judge in Chambers may on an application made by the Attorney-General, National Security Adviser or Inspector General of Police on the approval of the President declare any entity to be a proscribed organisation and the notice should be published in office Gazette.

The act therefore empowers only the executive to articulate a terrorist organization in the country. In that case, the applicant must consider subsections 1 a and b which requires the participation of two or more persons in an act, promotion, encouraging or exhorting others to commit and act of terrorism respectively.

Additionally, subsection 3 provides punishment for membership to any labelled organization to be a maximum term of twenty years imprisonment.
Furthermore, section 30 authorises the Attorney-General of the Federation to institute and undertake or delegate the powers to start criminal proceedings against any accused terrorist.

The penalties as prescribed by section 33 for offences under sections 1 and 10 are life imprisonment or to a fine of not less than fifty million Naira or both.

Are the activities of the armed men classified under the cited framework? The rambling kidnapping has become the uppermost business deal for the gunmen. It needs no reference to argue that the tense atmosphere on Abuja-Kaduna highway is evident while driving along.

Thousands of homes and villages are nearly inhabitable due to apprehension of attacks by locals. Their bases are coming nearer to states capitals recently. Besides, attacks on military bases and properties are rampant in the sub-region. In a recent event, the gunmen shootdown a Nigerian Air Force fighter jet.

Most notably, the men recognise the vulnerability of school children and have turned their trades towards abduction of innocent school children. The possession, acquisition, transportation, supply and use of lethal weapons by the gunmen is undebatable.

If the office of the Attorney-General of the Federation deemed fit that these criminally-minded individuals and groups fulfill all the requirements of the law, the office is charged with the responsibility to declare and charge any person with terrorism in Nigeria.

At what point was Boko Haram declared a terrorist organization? Does the law distinguish the so-called bandits from Boko Haram?

A lot are snooping to the answers to these questions.

The subsequent article will discuss the legal differences between both armed entities.

[OPINION]: EndSARS of What, Death Threats and Insults? – By Mustapha Illo