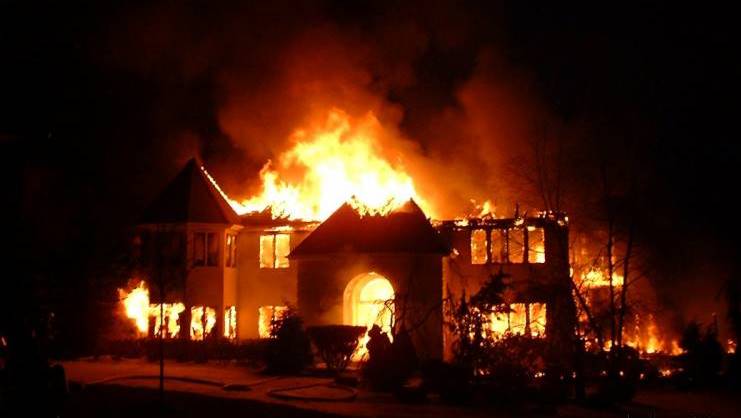 There was panic in the BYAZHIN area of Kubwa Abuja, Bwari area council in the early hours of Sunday 15th, January 2023, as an angry lady (name withheld) locked doors and set the house on fire, which led to the destruction of properties worth millions of naira.

It was gathered by Daily Star that the aggrieved lady, who was living with her lover, had a misunderstanding with him and she got angry, then locked the door and allegedly set the house ablaze.

As at the time of filing in this report, the neighbors, who were mostly Christians, were seen running back from the church to rescue their valuables, but the fire had already damaged most of the apartments.

The FCT fire service operatives were seen on the scene salvaging the situations as sympathizers and spectators lamented over the situations.

A source, who spoke to reporters, on the conditions of anonymity, stated that the man had been complaining about the lady, alleging that she was extremely temperamental.

The BYAZHIN police swung into action.

No life was recorded lost as at the time this report was filed in, but the lady is currently under intensive care.