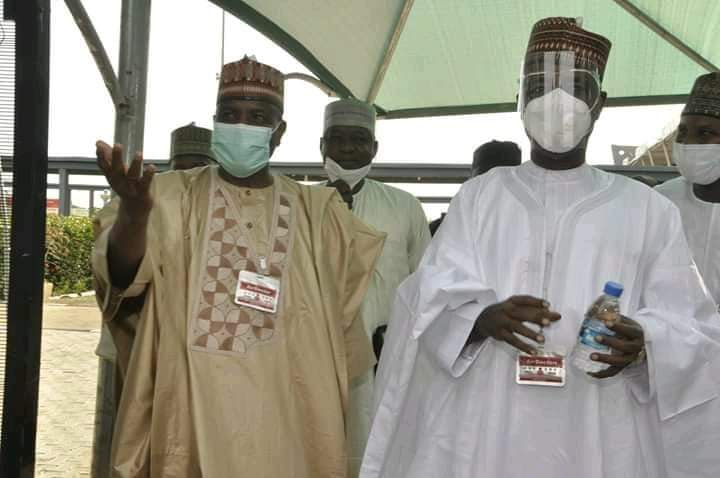 A video of Governor Aminu Waziri Tambuwal and Senator Aliyu Magatakarda Wammako walking shoulder-to-shoulder while exiting the Sultan Abubakar III International Airport, Sokoto in laughter has become the talk-of-the-town in the state and has caused anxiety among the supporters of the two highly powerful politicians in the state.

The 1-minute-45-second video which has been trending among social media users in the state, shows Governor Tambuwal respectfully asking Senator Wamakko to pass through the way first.

This was reported to happen yesterday when the two boarded the same aircraft from Abuja to Sokoto. There was no confirmation that the two had any conversation while on the aircarft, but it was reported that “Governor Tambuwal greeted Senator Wamakko first, in his usual respect for elders and his peaceful nature” a close person to Governor Tambuwal disclosed to CALIPHATE POST.

It should be recalled that there has not been any public disrespect in words or in action between the two political heavyweights in the state ever since Governor Tambuwal parted ways with Senator Wamakko in August 2018, which makes many commentators and supporters have some reservation about the political feud between the two.

Earlier this month, Senator Wamakko and former Governor Bafarawa were seen in another video respectfully welcoming each other at the residence of a prominent Islamic scholar Malam Babi, in Asada area of the state.

The two events have kept so many people in a fix about the future of Sokoto politcs.