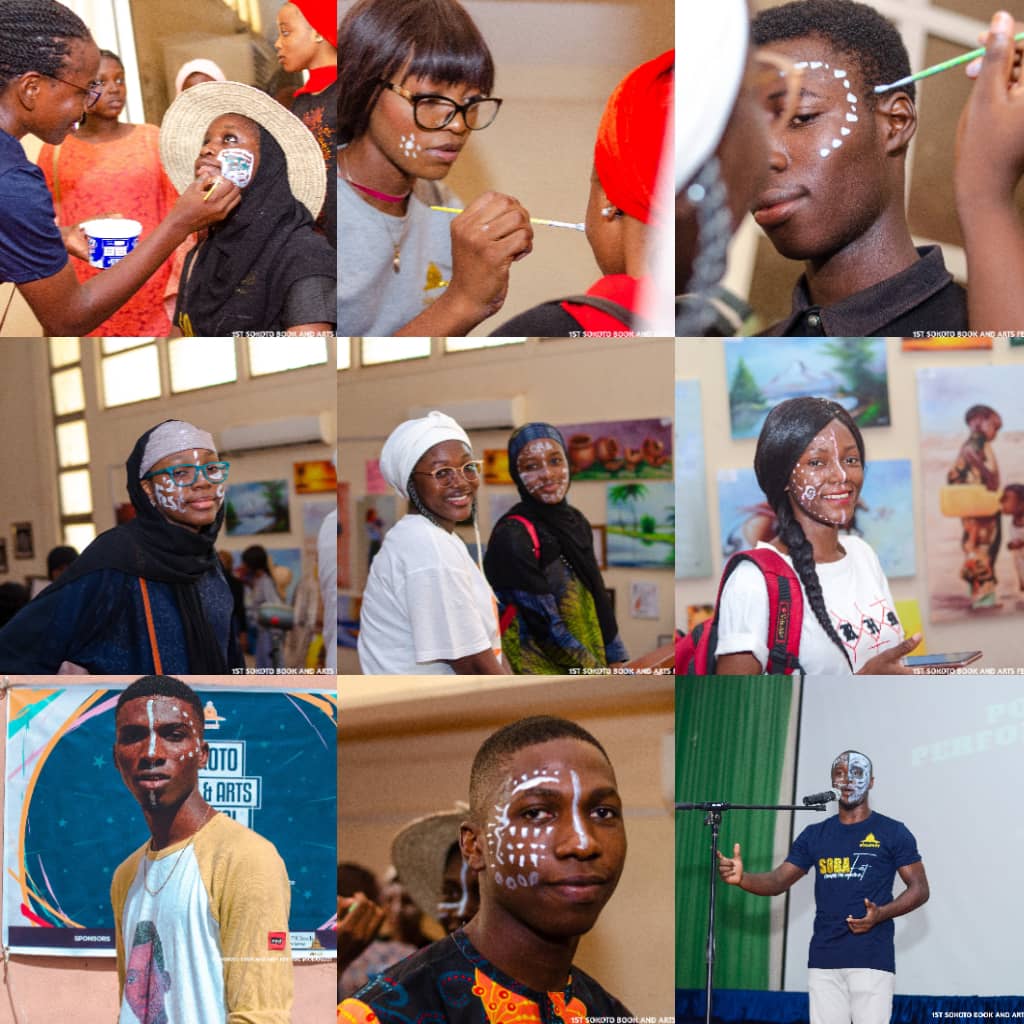 The premier season of the first-ever book and arts festival in the Seat of the Caliphate will forever be a relic to its lucky beholders and a relish for posterity. The Sokoto Book and Arts Festival, [SOBAFest] tagged, ‘Changing the Narrative’, is the brainchild of notable Sokoto-based literary and youth development platforms, including Book O’Clock Review, Caliphate Arts and Literary Forum (CALF) and Poetry Club UDUS. Set out to harbinger sustainable impacts that cross-connect traditional and modern innovation in arts and literature, the erudite team of conveners and volunteers structured the 72-day long festive season to draw the attention of the global space to the excellence of creatives in and from Sokoto state. 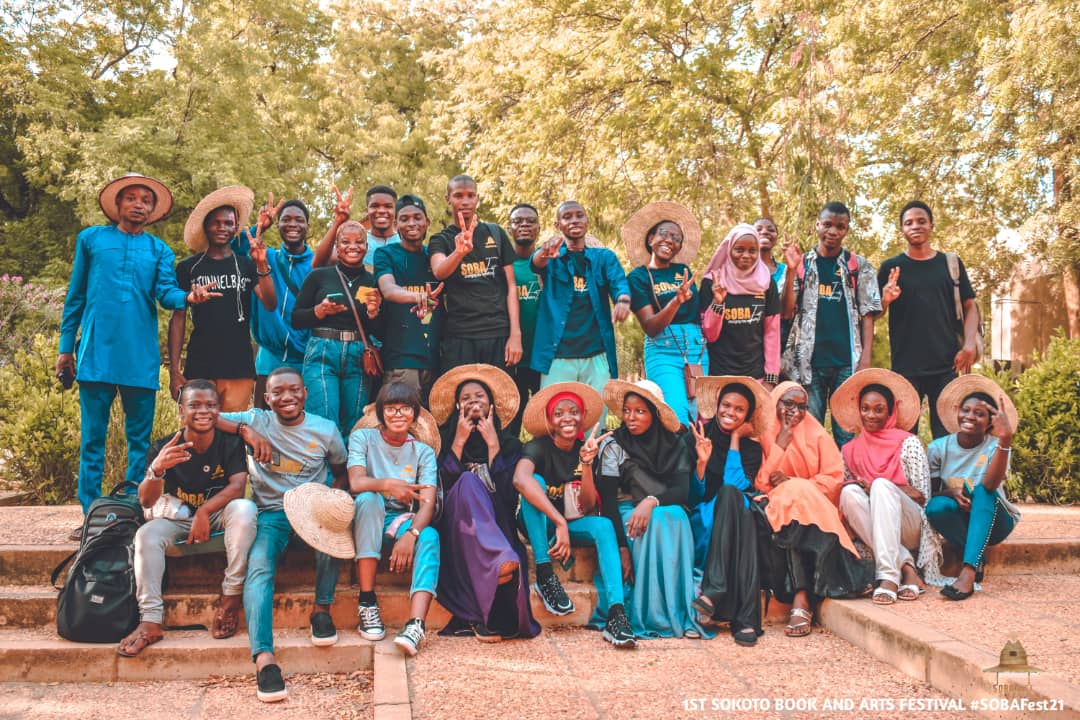 The season saw the light of the day on 7th May 2021, after several nights of meticulous incubation. Upon the official proclamation of the Sokoto Book and Arts Festival, news of it spread to nooks and crannies of social media platforms. The circulation was massive to the point of earning SOBAFest mentions and recommendations by artistic pundits. It also clinched headlines on African literary fronts, beginning with a feature on Konya Shamsrumi, coming four days into the festival season, and others from Brittlepaper, James Murua, Daily Star, et cetera later on.

Followers of the festival remained abreast of new developments through regular social media updates. One of such updates happened to be a call for both art-inclined and otherwise individuals to join the ‘small but mighty’ team of volunteers committed to making the dream of changing the narrative of art and creativity in the Caliphate a reality. 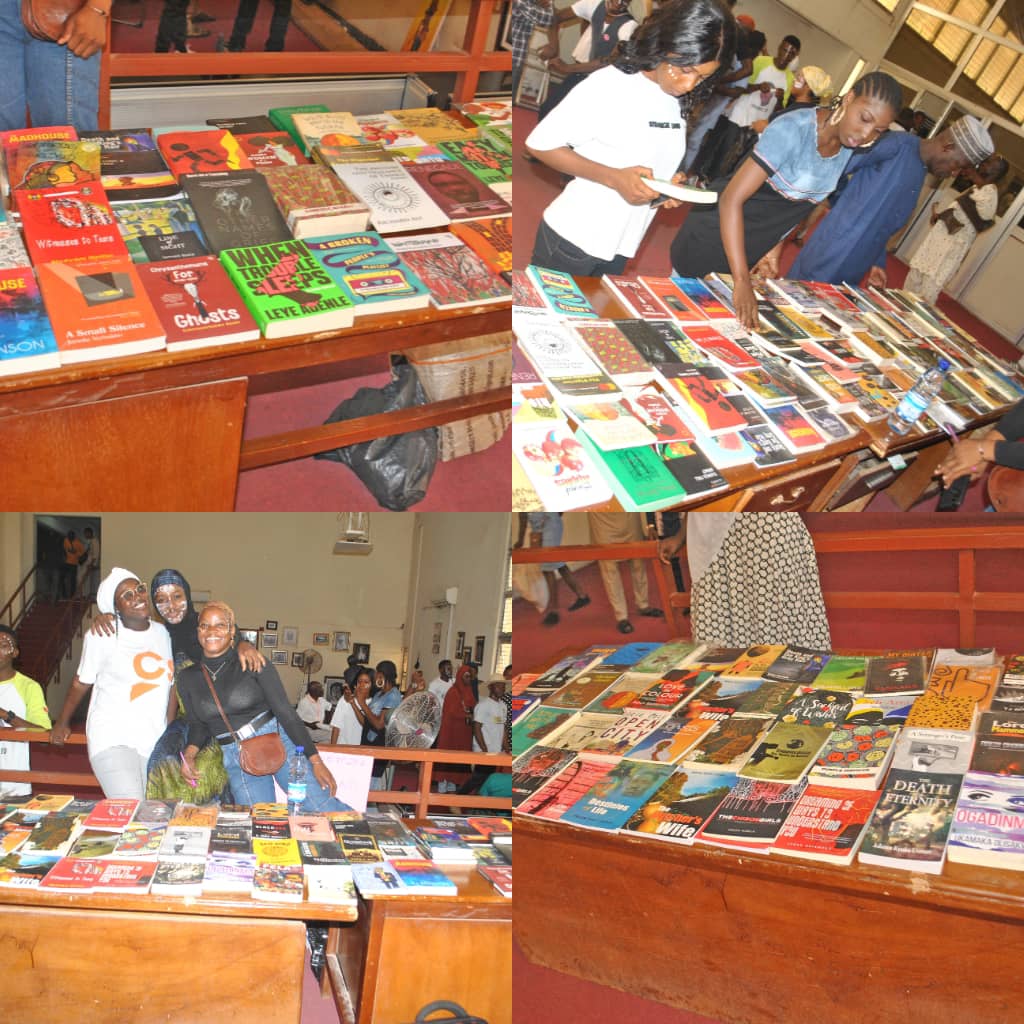 While the call provided more capable and consistent hands and minds to push the visionary cause, it also helped the conveners accomplish a pair of missions; creating an atmosphere where book and art enthusiasts get to enjoy the collaborative efforts of creatives in Sokoto state and beyond, and fostering unity between creatives and spectators in Sokoto state, aiming to introduce collaboration as the new competition.

Similarly, there were also calls for poets, writers, artists, painters, dancers, actors, musicians, photographers and other creatives in Sokoto and others willing to come to Sokoto to participate in the lined-up events for the festival like poetry performances, plays, art exhibition and a host of ‘edutaining’ activities. Likewise, they called out to performance poets and spoken-word artists to submit entries to qualify for the first-ever poetry slam to hold on Sokoto soil and bag accolades. The poetry slam emerged to spur other creatives to bring up their A-game, and consequently, birth optimal conditions for creative works and performances to thrive and gain visibility.

However, on 16th June, the festivities took a more physical turn to address and revive the reading culture of younger generations and spur the older generations to pass on the baton of heritage. A literary quiz competition took place between eleven secondary schools in Sokoto, centred upon ‘Yar’fari’, a novel by Dr A’aisha Abdulkareem. The quiz competition saw teens slug it out with their knowledge of the beautiful piece of literature to uplift the name of their respective schools.

Ultimately, as is customary with competitions, Brilliant Footsteps International Academy emerged champions after a rigorous run through round after round.

In the same physical fashion, weekly rehearsals for the events lined up for the festival began, giving creatives a window to appreciate the works of one another, point out the weak points and suggest necessary improvements. Not only did the rehearsals help polish the artists’ crafts ahead of the events, but they also served as avenues for them to familiarise amongst themselves and share ideas and viewpoints whilst also expanding their networks.

Mayhap the conveners also came across a remark I once stumbled upon, questioning the grandeur of a literary event without a training session, or it is only a coincidence; training sessions were held for poetry and prose within the final weekend of June 2021 via the Zoom platform. 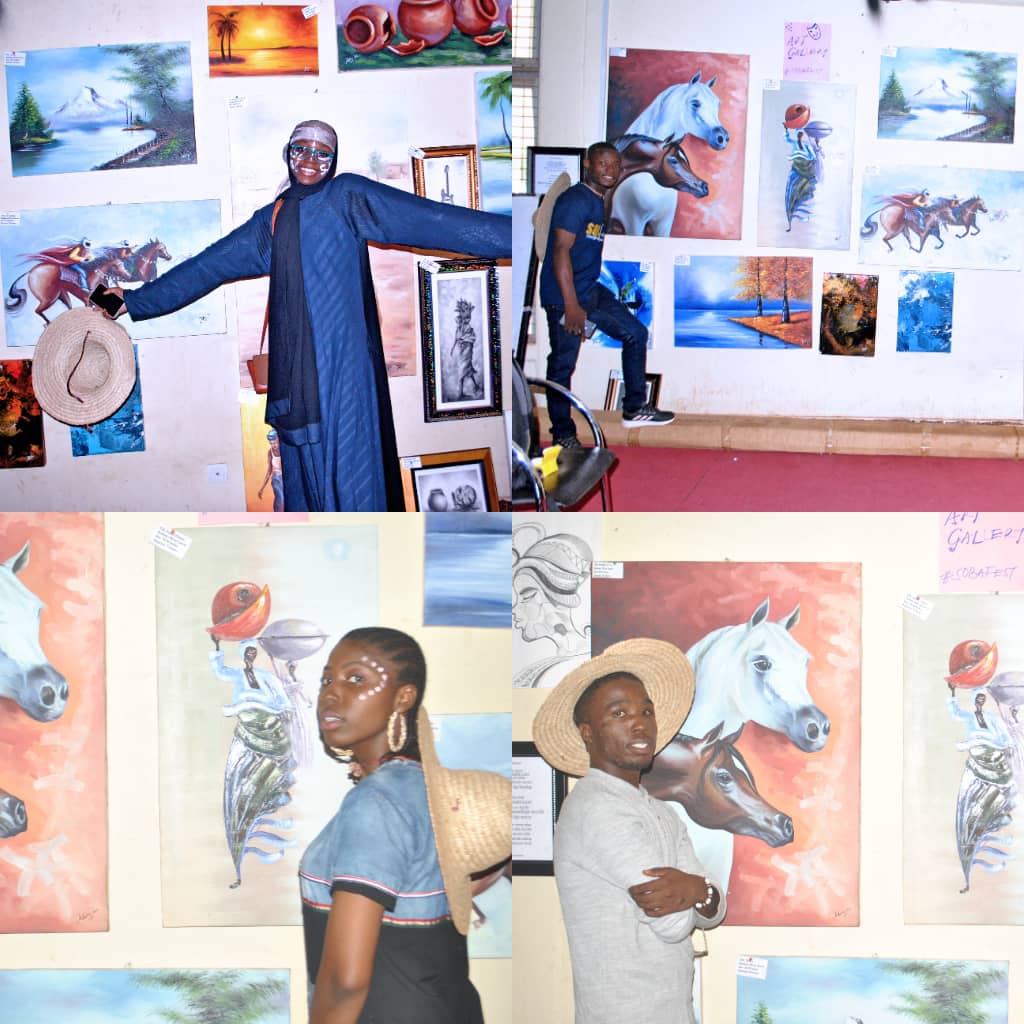 While the former was held on Saturday 26th June and facilitated from the United Kingdom by the Nebraska-based Nigerian poet Saddiq Dzukogi, Sada Malumfashi, a Nigerian curator, writer and freelance journalist who doubles as the founder of Open Arts collective, did justice to the prose masterclass on Sunday 27th June.

July, or the SOBAFest month, opened with the unveiling of the date for the closing ceremony of the pioneer SOBAFest season. The team announced the 17th and 18th of July as the long-awaited big date, thrilling their followers. The announcement led to a boost in publicity. The team unveiled literary texts for the season four days later.

The list featured ‘A Sackful of Wishes’ by Azizah Idris, ‘Boom Boom’ by Jude Idada, ‘Dreams and Assorted Nightmares’ by Abubakar Adam Ibrahim, ‘Yar’fari’ by A’aisha Abdulkareem and ‘Destinies of Life’ by Prof. Asabe Kabir. Subsequently, chat and reading sessions took place for Azizah’s ‘A Sackful of Wishes’ and Abubakar Adam Ibrahim’s ‘Dreams and Assorted Nightmares’ on Saturday, 10th July and Sunday 11th July. Both of the book discussions happened via the Zoom platform. 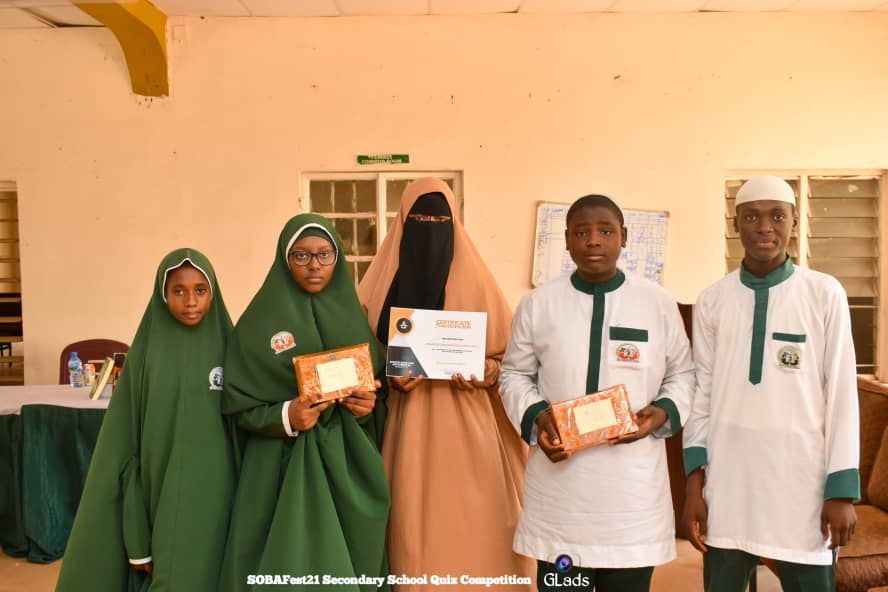 The team disclosed the highly-anticipated schedule for the closing ceremony on 14th July to the jolly of all and sundry. To ensure that no one was left behind, most of the final day events were virtual whilst considering those who could not make it to Sokoto because of the deplorable security structure n the far north and others in the diaspora.

Alas! 17th July, the first day of the big event, arrived. Art-enthusiasts, creatives and indifferent folks arrived at the Usmanu Danfodiyo University premises to witness the making of history firsthand. Though a bit later than scheduled, the pioneer literary and art event started with more thrill than it evoked throughout the preceding seventy days put together. The festival was opened with a panel discussion between a first-class historian, Umar Yandaki, and Professor Atiku Ahmad Dunfawa, a scholar of Hausa history and Islam, discussing “The caliphate and its artistic and literary history”. They furnished the audience with facts about the literary culture of the caliphate and broached its brilliant prospects.

After the first of many poetry performances that launched the audience into an unchecked frenzy. The Co-founder and Creative Director of Book O’Clock, Uchenna Emelife, who is also a co-convener of the festival, engaged Professor Asabe Kabir in a book chat. She read briefly from her novel ‘Destinies of Life’ which deftly explores the lives of women and the unrealistic expectations with which society burdens them. She also took time to address the misconceptions about the creativity of the Hausa writers and the negative stereotyping they suffer as a result of the not-so-vast readership they enjoy. 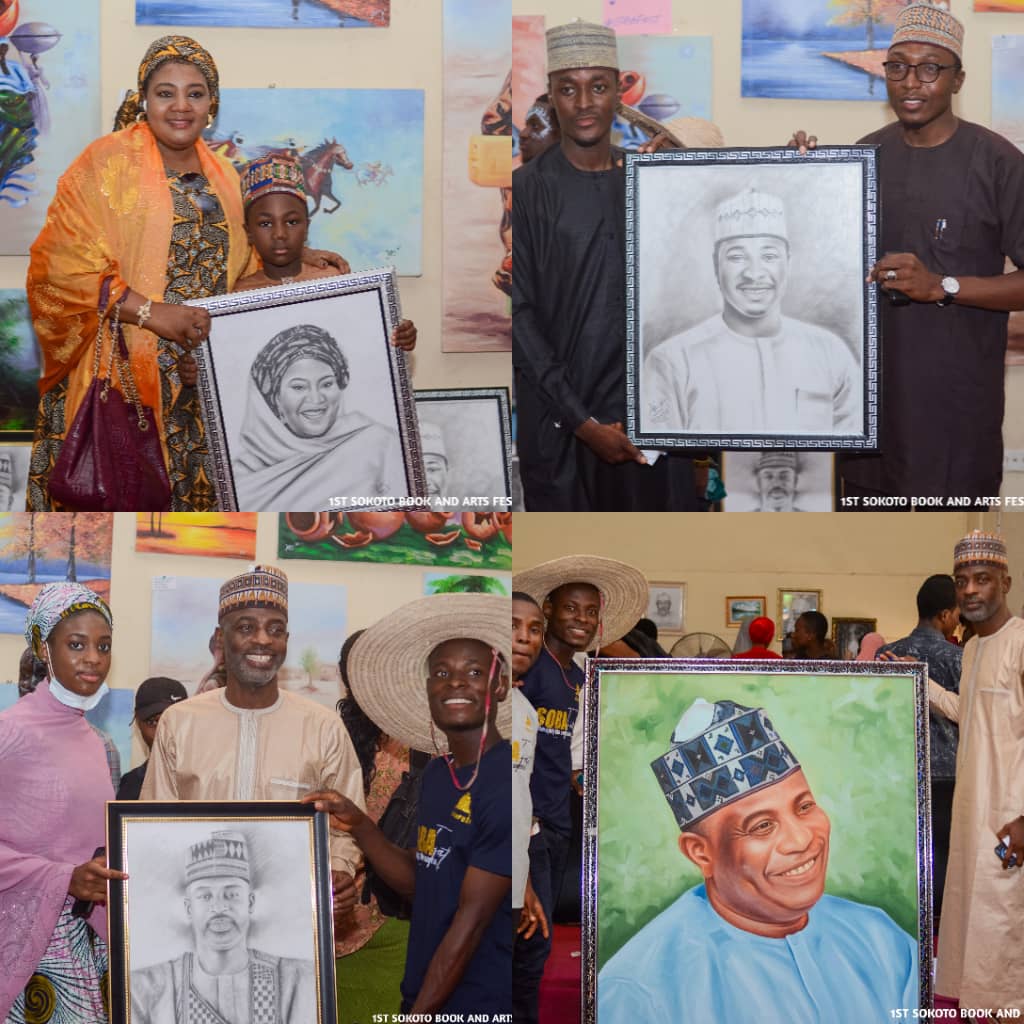 From the stable of the star-studded Dandodiyo Playhouse, an enthralling theatric translation of the theme of the year’s event, ‘Changing the Narrative’, appeared on stage. The La Casa De Papel-esque performance evoked pleasant emotions in the audience and a bit of tears as they dramatized the hapless aftermath of the unnecessary feuds that erupt in Nigeria comically. The cast enjoyed the resounding applause of the audience until the last of them was still on stage. More poetry performances, including a scintillating duet performance of Dike Chukwumerije’s poem by female students of Brilliant Footsteps International Academy, ensued to keep the tempo of the event up, and none fell short of expectations, just like the art exhibitions going on at the event venue.

Shortly after, the shortlisted entrants for the inaugural Sokoto Poetry Slam took to the stage to captivate the audience and judges alike. The ten-people shortlist of fire-spitting bards kept the audience on their feet, with their palms clashing in applause, while the fierce first round saw only a half of the performers return to the stage to enthrall everyone further. Despite the breathtaking competition, the judges managed to turban the first Sultan of performance poetry in Sokoto state. Hussein Abdulbasit, a 200-level student of Political Science from the Usmanu Danfodiyo University Sokoto, also known as Penguin, emerged the winner of the tightly-contested poetry slam. He was awarded a plaque, books and a cash prize, alongside the second and third prize winners. 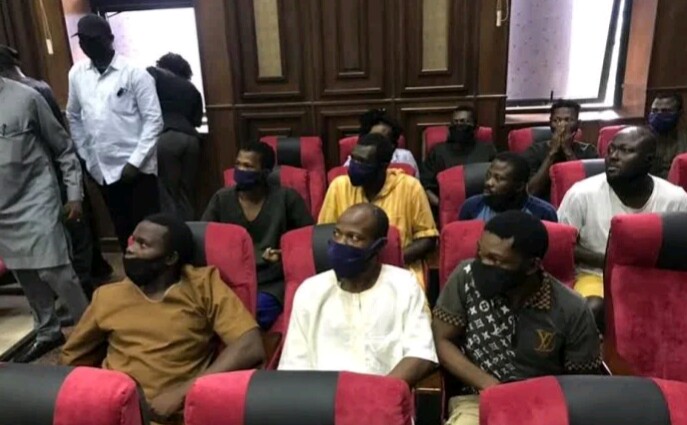 Awards for the SOBAFest Secondary School Literary Quiz Competition were also presented to the winners and runner ups by the dignitaries present at the event. The first day wound up after more poetry performances and a vote of thanks by Uchenna Emelife.

The final day of the Sokoto Book and Arts Festival had virtual events queued to engage the audience from home and abroad: Beginning by noon with a reading and book chat session with the author of ‘Yar’fari’ Dr A’aisha Abdulkareem, which was just as interesting as the beautiful story of her protagonist, Teni. Following in quick succession was a panel discussion amongst three young and vibrant creatives of Arewa descent, who brainstormed on contemporary Arewa voices continuing to break stereotypes. In the virtual session moderated by Uchenna Emelife, Nasiba Babale, Sada Malumfashi, and Salim Yunusa bared their minds on changing the narrative of northern Nigeria as a region with little or no literary and artistic creativity. 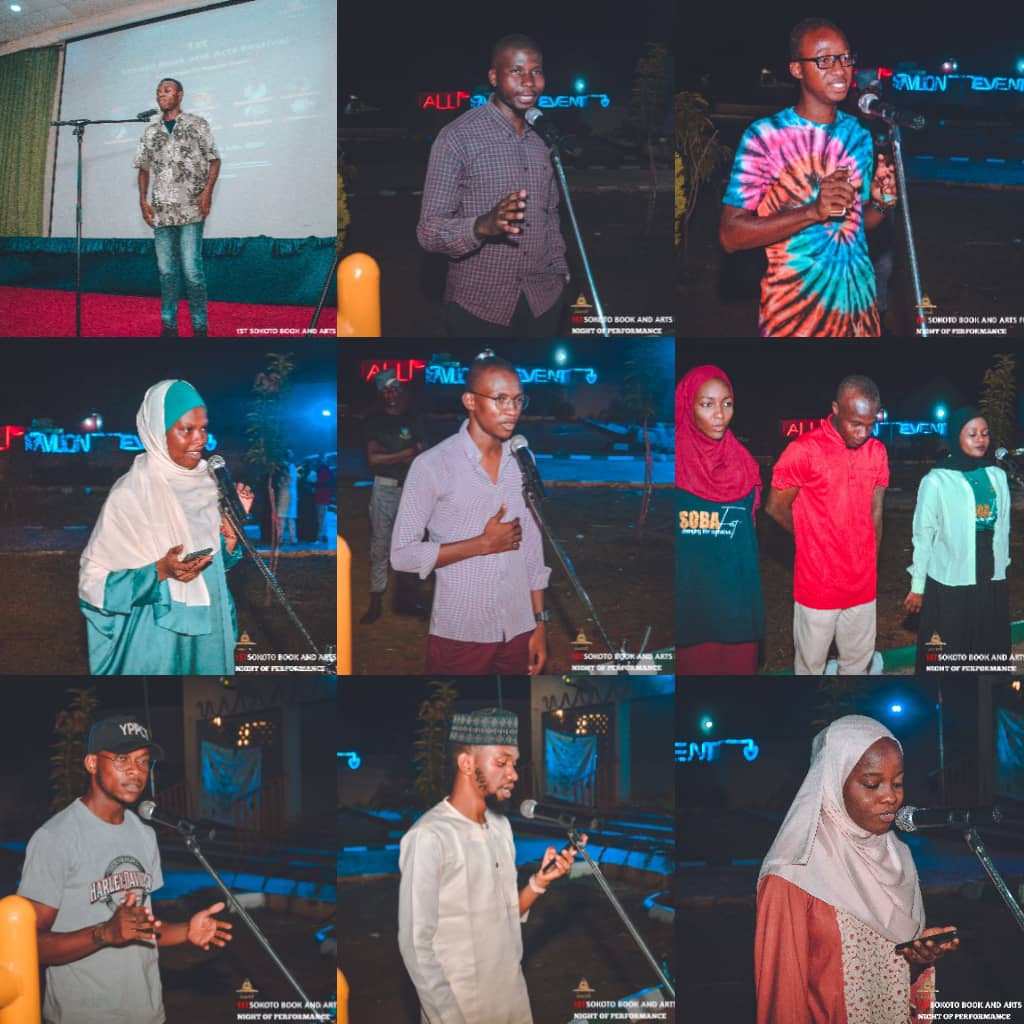 The audience saw the final virtual event of the season with the reading session and discussion with the multi-talented award-winning author of ‘Boom Boom’ Jude Idada after the panel discussion. He entertained questions and shared ideas on his award-winning title advocating for Sickle Cell Disease patients. It was an electrifying discussion while it lasted, with lots of lessons to take home. Unfortunately, the final (physical) event of the season, Performance Night, was bound to begin; hence the discussion ended.

Performance Night, as the name suggests, was an open-mic session. The audience enjoyed musical performances and poetry renditions in English and Nigerian dialects whilst enjoying the serenity and ambience of the venue.

It is no farce that the maiden edition of SOBAFest successfully brought together home-grown writers, artists, poets, photographers, musicians, dancers, filmmakers, actors, and other creatives in the Seat of the Caliphate and environs as the richness of Sokoto in creativity came into the light in all the events held within the season.

Eventually, the curtains fell on SOBAFest ‘21 with a closing remark by the President of the Poetry Club of UDUS, Balogun Opeyemi Abdulbasit, who is also a co-convener of the foremost literary and arts festival in the Seat of the Caliphate. He ladened his speech with appreciation to everyone who contributed towards making the primary goal of promoting, developing and celebrating creativity in Sokoto state, Nigeria and the African continent through a series of events during the festival achievable.

He ended it with a phenomenal reminder that SOBAFest will return in subsequent years, stronger and more determined to change and sustain the narrative.