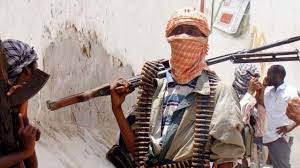 As cases of bandits’ attacks in Sabon Birni and Isa Local Governments in the eastern part of Sokoto state have drastically reduced, stakeholders harp on the need to work together to end insecurity in northwestern Nigeria.

This is coming as kidnapping and cattle rustling activities continue to diminish in Sabon Birni area, but a source of great concern is how the problem has escalated in Illela and Tangaza Local Government Areas of the state where bandits continue to ravage communities, kidnapping and sometimes killing innocent people and carting away their animals.

Tangaza and Illela which share borders with Niger republic, are faced with security challenges despite the presence of various security personnel at the border who monitor people coming into the country through the land border.

Ambarura appealed to governments at all levels to come to their aid for people of the areas to live a normal life again.

Some residents of these communities said they needed emergency intervention of the government as many are afraid to go to their farms and visit other places of importance.

Sokoto state police command through its Police Public Relations Officer, ASP Mahamman Sadik Abubakar told the Hausa Service of Voice of America that they were aware of the situation, saying that the command, in collaboration with other security agencies, was working towards ending the unfortunate situation.

In a related issue, residents of Male and Yola in Ganden Gabas ward of Silame Local Government of the state were seen crying for help on the social media in the early hours of Sunday morning as they reported that bandits stormed their villages in the night of Saturday and had killed 3 people and kidnapped 4 others.