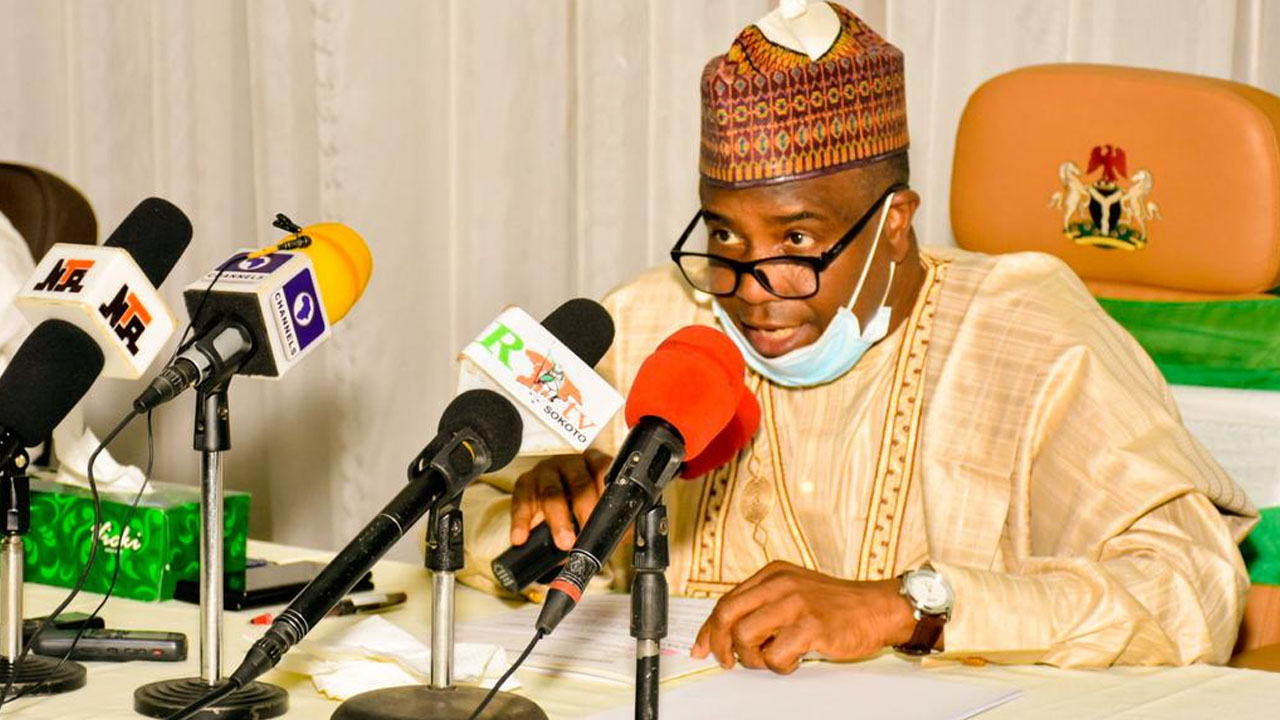 Sokoto state Governor, Aminu Waziri Tambuwal, in conjunction with the Universal Basic Education Commission (UBEC), has constructed 595 new classrooms and renovated 1,566 of such between 2015 and 2018.

Governor Tambuwal said that the accomplishment of these feats was possible because the state complied with the payment of UBEC’s marching grant.

According to him, his administration also supplied 2,188 seater plastic chairs and 93,237 double seater furniture for primary and junior secondary schools under the Early Childhood Care, Development and Education (ECCDE) program

Gov. Tambuwal stated this on Wednesday at the handing over ceremony of the UBEC Model Smart school to the state government by the Commission held at the premises of the school in the state capital.

He also said 97 schools were provided with electricity while sports materials were provided to others, in addition to the construction and supply of educational materials to many schools all over the state, under the ‘State of Emergency on Education’ declared by the government since 2015.

The governor also said institutional support was given to many schools through the provision of facilities for effective teaching and learning in order to boost the acquisition of formal education.

Such support, he explained, entailed the pooling of material and human resources towards ensuring the efficiency of the schools system, which demands have continued to rise with the increasing subscription to formal schooling by pupils.

According to him, this thrust is predicated on the need for the society to prepare its children to function effectively as potential adults through education.

Stating that this cannot be achieved without the provision of efficient schools, equipped with sufficient facilities, Tambuwal further explained that students enrolment into basic education has been on the increase over the years, in response to series of programmes such as the Universal Basic Education (UBE) scheme.

“The demands for education in general and school facilities in particular are enormous. The quality of education will, however, be negatively affected if schools are lacking essential facilities for teaching and learning,” Tambuwal added.

He affirmed that the facility received from UBEC will no doubt complement the state government’s giant strides towards improving teaching and learning, especially using I.C.T.

While appreciating the Commission for the gesture, the governor assured it of the proper utilization and maintenance of the facility for the benefit of the learners.

In his remarks, the Executive Secretary of UBEC, Dr Hamid Bobboyi said the smart school is the first of the 37 such schools being built by the Commission in the 36 states of the federation and the Federal Capital Territory.

He said the idea of constructing the schools across the country comes from the determination of federal government to contribute towards the realisation of making education the cornerstone of socio economic development in the country.

Bobboyi assured that the Commission will continue to run the school for a specified period before turning it over fully to the state.

In his remarks, the Sultan of Sokoto, Alhaji Muhammad Sa’ad Abubakar described the idea of establishing the school, particularly its being ICT compliant, as a step in the right direction,.

He thanked Sokoto civil servants for their sacrifices in supporting the education levy, which a committee he heads to improve education in the state, has been utilizing to record remarkable achievements across the state.