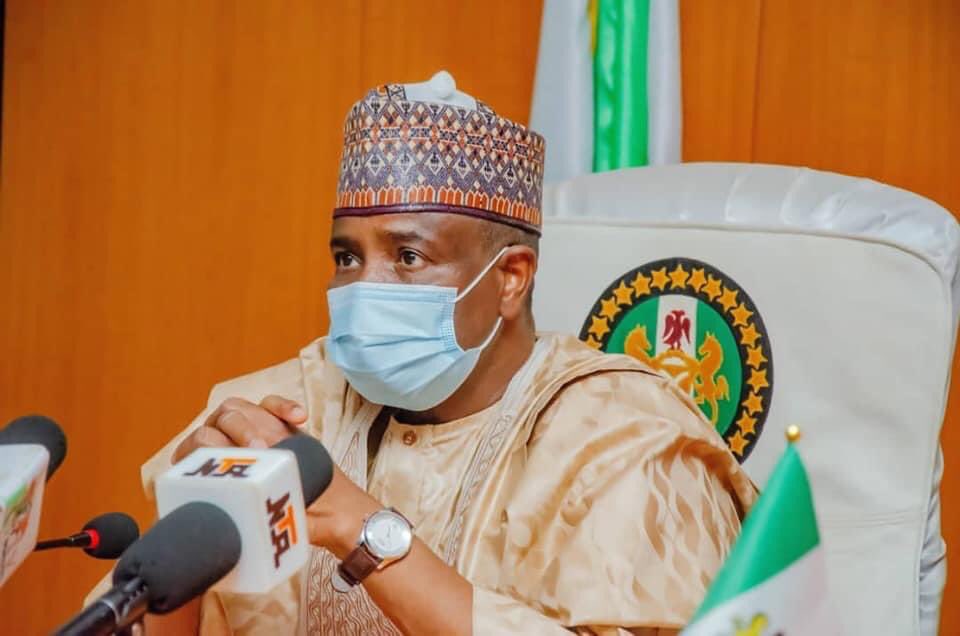 Sokoto state governor, Aminu Waziri Tambuwal, has sworn in
Hon. Aminu Bala Bodinga as a new Commissioner in his cabinet.

It was gathered that Bodinga, who was scheduled to be sworn-in weeks ago, was however away for Hajj.

Daily Star Nigeria learnt that he was among the erstwhile commissioners who voluntarily resigned to seek elective positions.

This was contained in a statement made available to journalists in Sokoto by the
Special Adviser Media and Publicity to the Governor, Muhammad Bello
On the 27th, July 2022.

The statement further disclosed that sworn-in is the new Secretary to the State Government (SSG), Alhaji Muhammad Mainasara Ahmad (Mni). He replaces the former SSG, Alhaji Saidu Umar, who is now the Sokoto state Gubernatorial candidate of the People’s Democratic (PDP).

At the brief ceremony held at Government House, Sokoto, Gov. Tambuwal enjoined the new appointees to use their wealth of experience in the administration of the state, urging to develop synergy with other ministries, departments and agencies (MDAs) in the state.

Governor Tambuwal while congratulating the appointees their well deserved appointments, appealed to to the people of the state to exercise patience over the shortage of water supply in the state.

The Governor further stated that the state Government is doing its possible best to remedy situation exacerbated by lack of power supply across the country, skyrocketing price of diesel and associated costs.